Rydell and Muller Give SEAT Perfect Weekend at Puebla 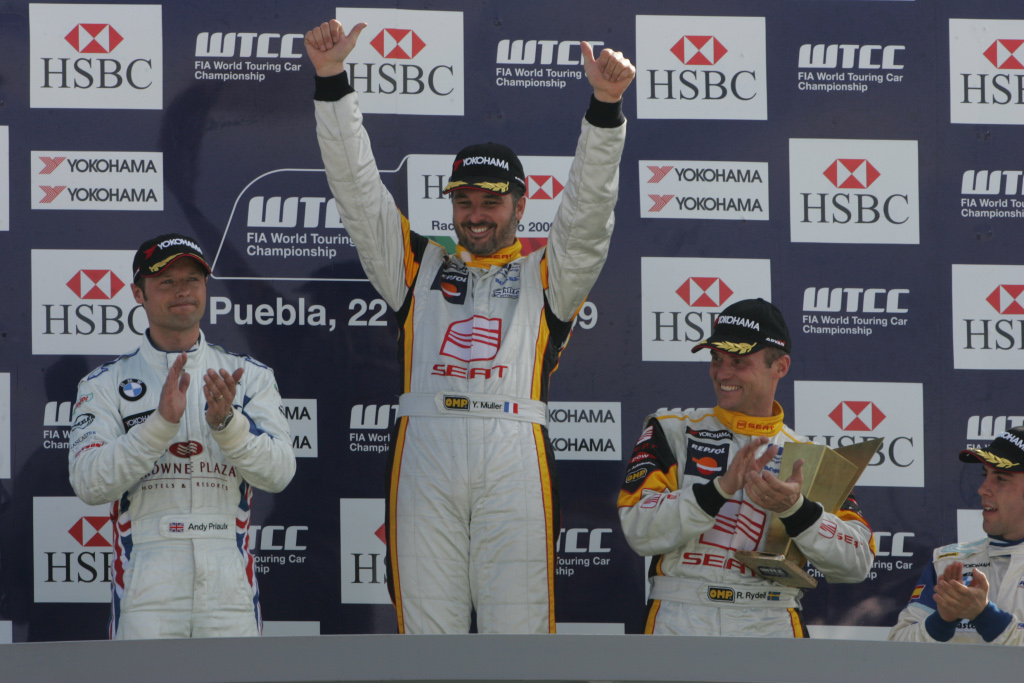 SEAT Sport is on the verge of turning the FIA World Touring Car Championship into a one-manufacturer deal. After taking a double win at the season opener in Curitiba, the Spanish manufacturer kept their perfect winning percentage in Mexico too, thanks to reigning champion Yvan Muller and Rickard Rydell.

The latter got off to a perfect start from 4th place on the grid and jumped into the lead in the very first lap of Race 1. He managed to pass both BMW drivers in front of him – Andy Priaulx and pole sitter Augusto Farfus – by Turn 12 and never let go of the win to the finish line.

Although it seemed no one would resist SEAT's pace on Sunday, BMW started to recover from the poor start – as Priaulx was passed by both Gabriele Tarquini and Yvan Muller in the first part of the race – and put some pressure on Rydell. Priaulx slowly regained his lost positions and advanced into 3rd place with 7 laps to go, while Farfus set up a thrilling battle for 1st place with Rydell.

The Swidish driver would eventually keep his cool and cross the finish line in 1st place, while joined on the podium by the two BMW drivers.

Muller raced to the overall win on Race 2 in similar fashion, only this time it was Priaulx to give him a real hard time to the finish line. The reigning champion was part of the SEAT pack to pass pole-sitter Nicola Larini in the very first lap of the race, and soon began tailing teammate Marc Gene for the win.

The Frenchman eventually got his chance mid-way through the race, but so did 3-time WTCC champion Andy Priaulx. Despite racing the hell out of Muller, the British driver found it impossible to pass the Seat Leon TDI in front of him an eventually had to settle for the runner-up spot. Rydell went on to clinch 3rd place.

In the Independents' race, Felix Porteiro was again the man of the day, making it 4-out-of-4 this season. He finished 10th overall in Race 1 and later took advantage of Tarquini's disqualification in Race 2 – for taking Jorg Muller out in the race – to finish 8th.

Yvan Muller and Rickard Rydell now lead the overall standings head-to-head (both on 30 points), while trailed in 3rd place by Augusto Farfus with 20 points. In the manufacturers' race, SEAT extended their overall lead to BMW by 4 points, as the Spanish car maker is now 18 points clear of their German rivals.