RX-8 Hydrogen RE helps setting the bar for hydrogen vehicles 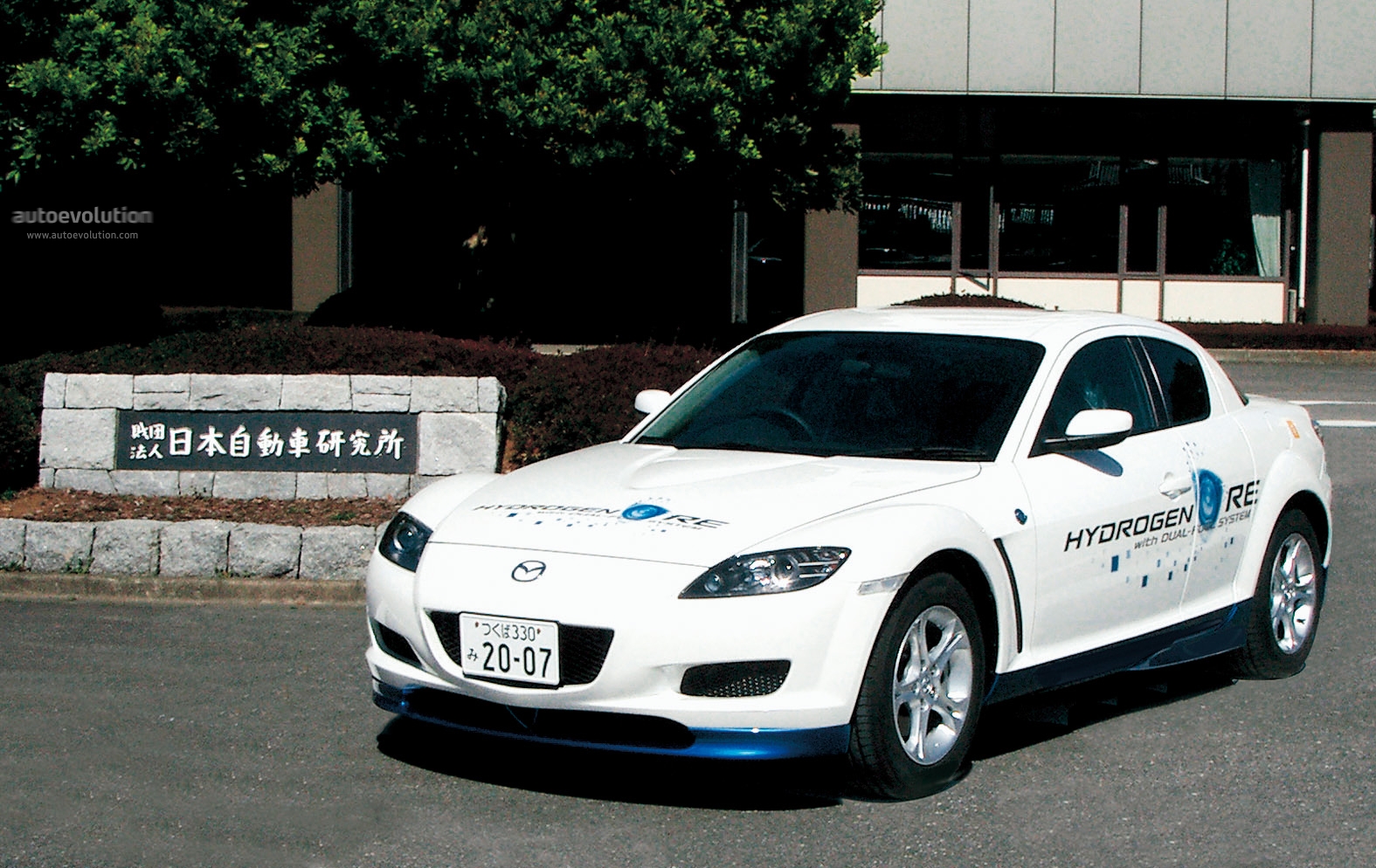 Looks like Mazda vehicles will help in establishing the standards and safety regulations for hydrogen vehicles, because the Japanese manufacturer has just delivered a RX-8 Hydrogen RE to the Japanese Automobile Research Institute (JARI), which is a public-service corporation for testing all the trends in the automotive industry.

JARI will work with the New Energy and Industrial Technology Development Organization (NEDO) in order to establish Codes & Standard for a Hydrogen Economy Society project. The RX-8 Hydrogen RE has a rotary engine featuring a dual-fuel system allowing for the car to run on either gasoline or hydrogen. Mazda has been developing hydrogen fueled vehicles for quite some time, and they have been testing this particular model, the RX-8 Hydrogen RE on public roads since 2004.

The first public road test in Japan was performed by Mazda, with the Capella Cargo, also having a hydrogen rotary engine, in 1995. The next move in the hydrogen engines department came in 1997 when they came up with the Mazda2 (Demio) FC-EV. Developing the Premacy FC-EV and conducting the first public road test in Japan with a methanol reformed fuel cell system took them quite some time, as they did it in 2001. Their latest eco-friendly model is the RX-8 Hydrogen RE, announced in 2003, and tested and over-tested since then.