2 China’s New Spaceplane to Fly Passengers Anywhere in the World at Over 2,600 MPH

The future is bright, emissions-free, and autonomous, and most importantly, one where distances and boundaries are erased, and you can transport goods from one continent to another in a matter of a couple of hours. The future is always bright because it’s a projection of current desires – in this particular situation, the desires of Mikhail Kokorich, aka the Russian Elon Musk.

Russian Elon Musk Is Working on Autonomous Hyperplane Destinus, and Progress Is Astounding

Unlike the real Elon Musk, Mikhail Korkorich did not found the world’s most successful EV company or any other EV company for that matter, and he is far more controversial than the original could be even if he tried it on purpose. But what the two do have in common, and what brought on the comparison in the first place, is their desire to develop sustainable and reusable space aircraft. Arguably, with incomparable results.

Korkorich is a Russian expat currently living in Switzerland, where he founded Destinus, a space technology company that is currently working on an autonomous hyperplane also called Destinus. This hyperplane, which is part spaceplane, part rocket, part glider, and all-around ideal solution for fast and clean cargo transport between continents, has been described as the Holy Grail of cargo transport, especially in emergency scenarios where time makes the difference between life and death.

On paper, Destinus works brilliantly. It takes off from a regular airport or hyperport, preferably a sparsely populated location by the sea, where cheap renewable energy for hydrogen production would be available. In its first stage, it uses an air turbo rocket engine before switching to a cryogenic hydrogen rocket engine that takes it to hypersonic speeds and mesopheric heights of over 50 km (approximately 160,000 feet). As it begins its descent, Destinus goes into glider mode.

The company says that this mode of transport would be faster than conventional cargo flights, with a trip from Europe to Australia carried out in just two hours with zero-emissions. Because the aircraft flies higher and faster, thus with reduced air friction and gravity losses, Kokorich explained in a recent interview cited by New Atlas, it would also carry comparable, if not lower costs than a conventional cargo flight. “It sounds strange, but it isn't,” the entrepreneur insists, “we just spend less energy for this.” Noise pollution would also be reduced.

If all this isn't enough to wow, progress on the Destinus aircraft surely will. The company has offices in four European cities and is poaching talent from the likes of Boeing, Airbus, Dassault, or Rolls-Royce, because Korkorich doesn't want to work with them: they'd take the money and deliver nothing, he says. The hyperplane was announced at the end of last year, and the first prototype for the autonomous hypersonic drone was designed, completed, and tested in just three months. Wait a few more months, and a second one will be revealed, this time bigger – about the size of a bus, whereas the first one, called Jungfrau, was the size of a car.

And that’s just the beginning, a blog on the company’s site reveals. The timeline mentions 2025 for the first intercontinental commercial flight with a payload of one ton and 2029 for the final stage when flights with 100-ton payloads will become the norm. “Thousands of hyperplanes and 1,000 employees are expected to be in operation by then,” Destinus says.

“I used to herd sheep as a teenager, on a motorcycle or horseback,” Kokorich chimes in. “If you want to drive the sheep through the forest, you have to get them to top speed. If you go too slow, they get lost in all directions. It’s similar with highly qualified and motivated employees.”

Seven years is a very long time, but not for an aircraft slash space company, as the aforementioned media outlet notes. The technology for the stage one engine exists and has been tested, but is not commercially available, and it takes more than just a prototype (which is not even of the real thing, but is based on an existing concept for a 300-seat passenger plane, the LAPCAT MR2.4 hypersonic cruiser concept) to launch what Korkorich estimates will become a “trillion dollar business” – in what feels like a blink of an eye for a startup in this field.

Indeed, Korkorich has experience in space startups, and his resume in the same blog post will have you believe that he’s been haunted all his life by this dream of making sustainable hypersonic and space aircraft. He’s also been haunted by bad luck, first with Russia forcing him out of his first space company, Dauria Aerospace, and then with U.S. officials forcing him out of his second, Momentus Space. Depending on how you look at it, he’s a Russian expat with ties with the Russian government, who tried to move to the U.S. to infiltrate the space industry, which ultimately led to a failed SPAC merger, an SEC investigation and accusations of fraud, before being ousted from his own company.

Now living in Switzerland and counting many of his former associates as early investors in Destinus, Korkorich maintains his innocence, chalking up allegations to prejudiced thinking against this “crazy Siberian.” A hyperplane that could deliver time-sensitive cargo between continents in record time, with comparable costs, and close-to-zero carbon footprint would, without a doubt, be a milestone of incredible value to humankind. Whether we’re actually going to get it is, sadly, debatable. 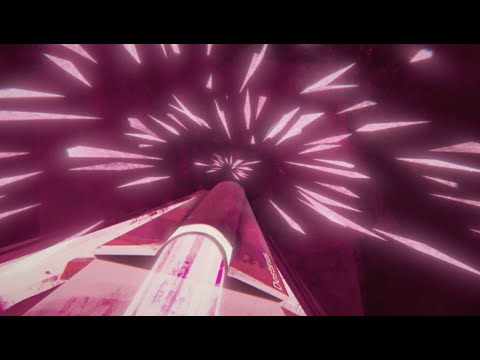