Russian Blonde Does Off-Road Test in Mercedes X-Class, Fills It With Sand

The Russians and only the Russians routinely call automakers' bluffs when it comes to off-road vehicles. It could be because they need a good 4x4, but sometimes, it feels like they have a bone to pick with the Germans.
5 photos

We haven't checked out one of Anastasia Tregubova's videos in a long time. She used to be a Playboy model, though Google doesn't seem to know this anymore. It's probably because the Russian blonde has built a much bigger career as a car reviewer.

Her life as a mom seems to have put a damper on that, but this test nicely ties her two passions together. As the X-Class is the only Mercedes-Benz with a pickup bed (that's not true, but it sounds cool), she asked a construction worker to fill it will a couple of buckets of material and turn into a mobile sandbox.

Mercedes has other dependable workhorses that can take just about anything you can throw at them, a range of vans and van-derived utility vehicles. But the X-Class is supposed to be a premium pickup, yet it's not built on a German platform.

Instead, engineers started out with the Nissan Navara, and you can tell by looking at the greenhouse. And according to Anastasia, some serious corners have been cut. For example, the gearbox isn't up to modern Mercedes standards, the leather isn't that good, and its buttons aren't illuminated the right way.

It's a nasty hybrid, that interior, like a mix of stale bread and expensive imported meat. Still, it does at least cope with the off-road stuff. Anastasia tries to get it stuck in a deep puddle of mud, but the X-Class manages to get out and traverse the obstacle just like any European pickup would. Obviously, we're not expecting it to be a rock climber with those tires! 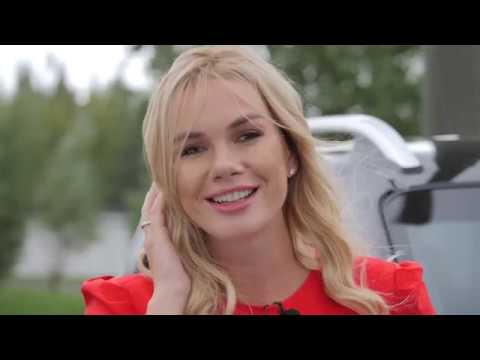