2 Russian Izhavto Succumbs to the Crisis 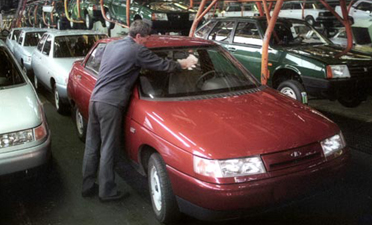 AvtoVAZ, one of the largest automakers in Russia, will receive up to 8 billion rubles ($239.5 million) in loans from two state-controlled lenders. Sberbank and VTB will provide 4 billion rubles each, AvtoVAZ chairman confirmed today according to a report by Autonews.

"We have already reached an agreement with Sberbank and VTB. They will give 8 billion rubles -- 4 billion rubles each. It is a short-term loan for two months," Sergei Chemezov confirmed today.

The report comes after only one week since Russia's Prime Minister Vladimir Putin announced that AvtoVAZ might receive more than 20 billion rubles ($587.4 million) in state funds to cope with the economic recession and pay the debts to suppliers.

Although the Russian government has always been interested in helping ailing automakers, new car sales in Russia adopted a descending trend and, despite all efforts to restore the initial level, volume for March was down 47 percent to 135,446 units.

Overall, the Russian automotive industry fell 38 percent in February, following a 33 percent drop in January. Furthermore, the Association of European Businesses (AEB) projected even bigger declines in the next few months.

"Because of the increased customs tariffs, high loan interest rates and the ruble devaluation, we can expect a further price increase and decline of the automotive market in Russia in the coming months," Martin Jahn, vice chairman of the AEB Automobile Manufacturers Committee, said.

On the other hand, Izhavto, a major Russian car manufacturer, recently announced it would stop production indefinitely following decreasing demand in both domestic and overseas markets.

"We have been taking a loss of $5 million every month for five months. We can't handle it anymore. We have been forced to take the last resort and close the plant," Dmitry Rumyantsev, Izhavto spokesman was quoted as saying by Reuters.