1 Artificial Intelligence Is Guiding Human Return to the Moon

4 Chinese Are Going to Mars in Search of Heavenly Truth

Prices for the Dacia Spring, France's Cheapest EV, Start From as Low as €12,264

Daniel Patrascu
It’s no secret Americans are planning to set up a base on the Moon. Of course, they will not do this alone, but with the help of a long list of international partners; that list does not include Russia and China.
1 photo
Despite the opposing views here on Earth, America and Russia have always worked well together in space. For a long time, between the retirement of the American space shuttles and the rise of the SpaceX Crew Dragon, Russia has been instrumental in taking American astronauts into orbit and bringing them back to Earth. Sure, they got paid for it, but relations were built nonetheless.

Not the same can be said about China, though. The nation is currently engaged in a very ambitious space exploration program, its most recent achievement being Tianwen-1’s arrival in orbit around Mars earlier in February. Despite this, China’s taikonauts have never set foot on the International Space Station. In addition, no joint work with NASA was ever performed after the U.S. government banned the national space agency from working with China in 2011.

It's no secret either that both Russia and China have set their sights on the Moon too. They did that possibly even before NASA announced plans to place a space station around the satellite, take humans back there once more, and eventually set up a Moon base.

Earlier this week, the Russian and Chinese space agencies struck a deal for a joint moon station that would be scientific in nature and open to other nations as well, should they choose to join the project.

Called International Scientific Lunar Station, it would include a complex of experimental research facilities either on the surface or in orbit. No other details were provided, and no details on a timeline were announced. Sometime this year, the two nations will have to come up with a roadmap for the joint project. 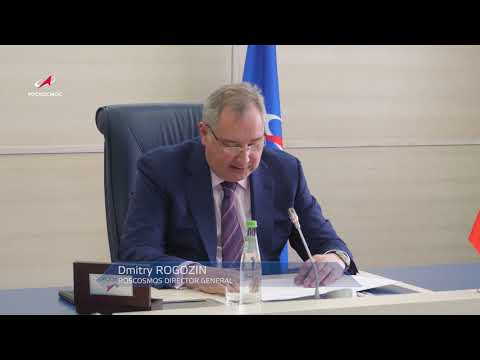