Rowan Atkinson Reminisces About His Favorite Car, a McLaren F1, That He No Longer Owns

In a new interview, Rowan Atkinson opened up about his renowned collection of motors and revealed his favorite car: a McLaren F1 he no longer owns.
7 photos

During the GQ Heroes 2022 summit, Rowan Atkinson kicked off day one with a conversation about something he’s very passionate about: cars. Famous for his portrayal of Mr. Bean or other comedy roles, his real-life persona couldn’t be more different.

With a net worth of $150 million, the British actor has the means to purchase everything he wants. And that wealth comes in handy when you’re very passionate about limited-edition cars.

During the two-day event, Rowan Atkinson revealed which one of the cars he’s owned over the years was his favorite. “I bought a McLaren F1 in 1997,” he said via GQ Magazine. “I owned it for 17 years. It was a very specialist car where you sat in the middle with your passengers either side. I did 40,000 miles in it.”

He continued, “It was an extraordinary thing,” he continued. “What I liked about it is that hardly anyone else was interesting in buying it [when I got one]. They only made 100 or so. By the time I sold it, it was aspirational. It had gone from a millionaire’s car to a billionaire’s car.” While it was in his possession, he crashed it twice.

Atkinson paid £640,000 ($960,000) when he bought it, asking for £8 million ($12.35 million) when he listed it. The Man vs. Bee actor explained that he decided to part ways with it because “It attracted a lot of fuss and bother on the road. I liked it when no one knew what it was.” He added: “Sometimes you have to suffer some attention to drive the car you want to drive.”

Over the years, his garage included an Aston Martin V8 Zagato, a Bentley Mulsanne Birkin Limited Edition, a 1939 BMW 328, a Mercedes-Benz SLS AMG, a Ford Falcon Sprint, a Rolls-Royce Phantom Drophead, and many others. 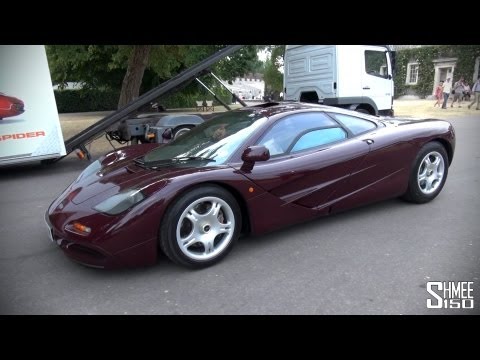