4 Master the Art of Sliding Sideways with Absolute Drift, Now Free for Download

With No Roads on Mars to Drive On, Perseverance Zigzags 0.17 Miles Like Crazy

Rough Lamborghini LM002 Takes On the Alps in Style, Thrilling Drifts in Sight

Otilia Drăgan
A veteran, almost three-ton monster turns snowy Alps into its playground. No, we’re not talking about some wild creature, but about a jaw-dropping Lamborghini LM002 effortlessly gliding through snow-covered mountain roads.
7 photos

A luxurious resort in Switzerland looks like the perfect spot for a modern, top-of-the-game British-made off-roader with all the latest tech. But as you can see in the video below, heavy snow seems to become the enemy and, as the driver is naively trying to get his bad boy to work, only one solution is possible.

The precursor of high-powered SUVs itself, a Lamborghini LM002 comes to the rescue. It’s time for kids to step aside and let the real master show them how it’s done. A 1982 creation, this Lamborghini truck was an atypical project for the prestigious brand and it became famous as the Rambo Lambo, since Sylvester Stallone owned one.

The rugged monster then literally bursts through the garage wall because, well, you just don’t tell Rambo Lambo to behave.

You can already hear that powerful V12 engine purr, as the car takes on the mountain roads in full force.

But why take the easy, boring road? The Lambo LM002 jumps in the snow, ready for action. And just look at how this off-road beast seems to be floating on snow. That’s thanks to the Pirelli Scorpion tires, which made this Lambo able to navigate with ease on soft surfaces like snow or sand, when it was first built.

At the time when it was first produced, in the late 80s, the Lamborghini LM002 was one of the most powerful vehicles on the market, able to even climb a 120% gradient, despite its weight. And it could go as fast as 124 mph (200 kph).

As the Lambo LM002 is drifting, you can also get a glimpse of the beautiful leather interior. No matter how rugged and heavy on the outside, we’re still talking about a luxury car brand, though. And I’m all about those vintage, 80’s vibes.

Finally, the acclaimed truck goes as far as it can and you might think that this is the end. But the Lamborghini LM002 has one more trick up its sleeve, in this video created by Swiss-based luxury car dealership Kidston SA. Wait for it. 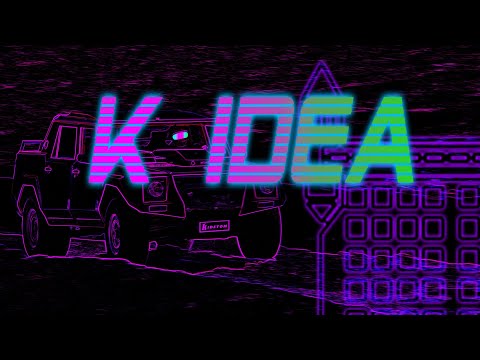