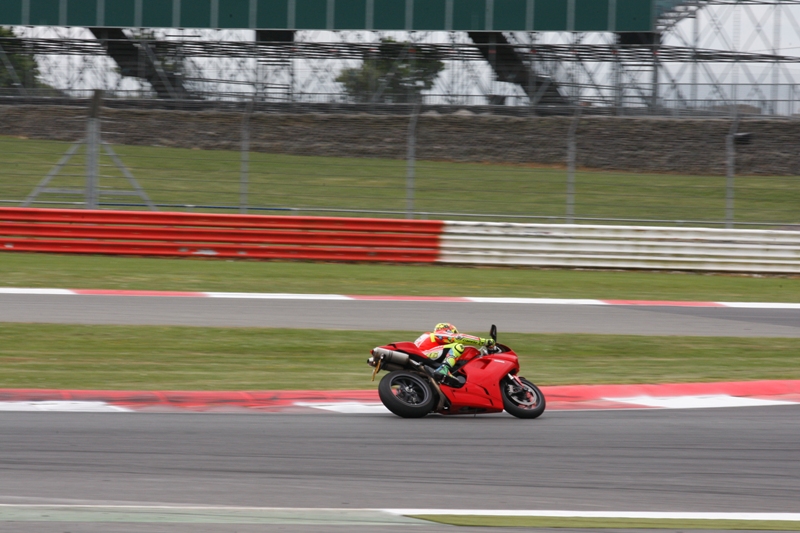 Ducati MotoGP rider Valentino Rossi has recently attended the launch of the new £25 million Silverstone Wing pit and paddock complex, at which moment he was also asked do a few laps with a 2009 racing superbike. However, as the machine broke down after just four laps, Rossi was forced to demo his skills on a fully road-legal bike.

“I really had fun,” said Valentino Rossi before leaving for Italy. “After a few laps with the 1198 Superbike, we had a problem with the electronics and decided to use the 1198 street bike that Ducati’s UK affiliate rushed to us.”

He has thus enjoyed the remaining track time aboard a Ducati 1198 street model (completed with numberplate, mirrors and road-legal 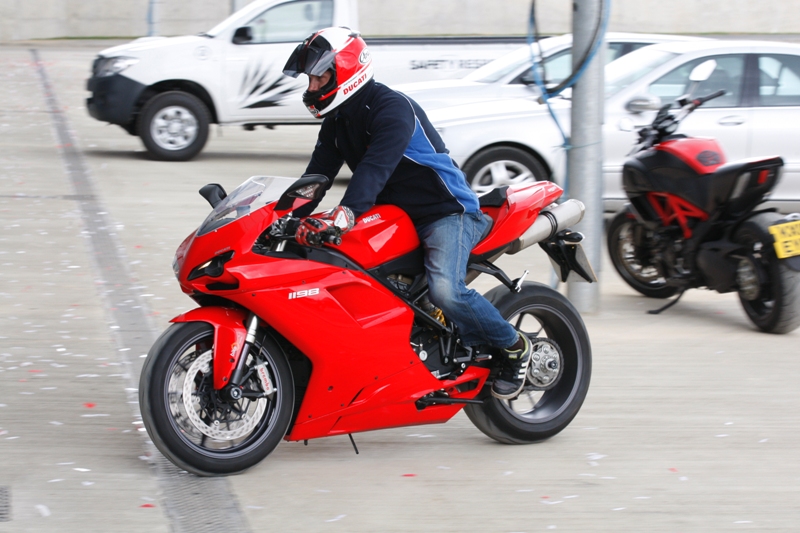 Pirelli Diablo SuperCorsa tires), as the racebike was in the garage for a check of its electronics.

“I really liked riding that bike here,” The Doctor said, after which he described his impression of the track. “The track is nice—difficult and very technical. It makes you work hard because there are very fast sections where having the right trajectory is important, and others that are very narrow where you have to have good grip under acceleration. The first turn is completely blind, and you must hold a very precise line, and in general the entire first section is really great, definitely the part I like most. "

Rossi missed the track’s 2010 round due to injury, so he was more than glad to take advantage of this occasion. “In short, I enjoyed it, especially because there were many drivers and riders who have great histories in motorsports, like John Surtees, who told me that he raced here in the ’50s. I wasn’t following racing then,” joked the Italian, “but he was great.”