3 Valentino Rossi Breaks Leg, Sidelined for 6 Weeks
Up Next 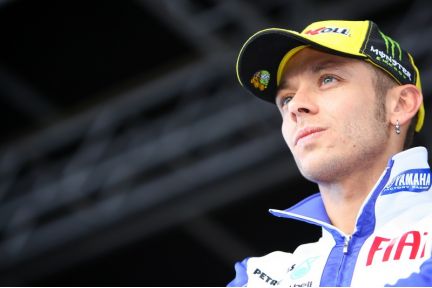 Although it was initially predicted that Valentino Rossi would make his return to the MotoGP at the Czech Republic Grand Prix, at Brno, it now seems that his recovery from the crash he sustained at Mugello might take less. According to MotoGP doctor Claudio Costa, the Italian ace will be able to get on the Yamaha R1 road bike two days from now in order to evaluate his condition.

“This is payback for me, because I had immediately predicted short recovery times,” said Costa in an interview with Italian newspaper Gazzetta dello Sport, hinting that a return to competitive motorcycle racing might happen less than two weeks from now, at Sachsenring.

“Going a certain path wasn't to make him race at all costs, but it was for making him heal well quickly. The operation, done by inserting only four screws that fix the big pin in a particular way, was done to allow him to walk as soon as possible, despite the bone not being fully healed,” added Costa.

“After all, this pin, called Kuncher, was created to allow the soldiers to be sent to the front quickly...” joked the Italian.

However, even if the doctor is so optimistic about Rossi's return chances, the Italian champion might not be so enthused about the prospect of getting on the saddle of his MotoGP-prepared Yamaha. Shortly after breaking his leg in the Mugello practice session, he insisted that he would not hurry a comeback in the 2010 season, as his title chances had already dropped to zero in 2010.

Costa himself admitted that rushing a comeback might pose a threat to the Italian, in the eventuality of another crash.

“A new crash would be a problem. But the pin inserted is very big and the screws can break only for a manufacturing defect,” concluded Costa.