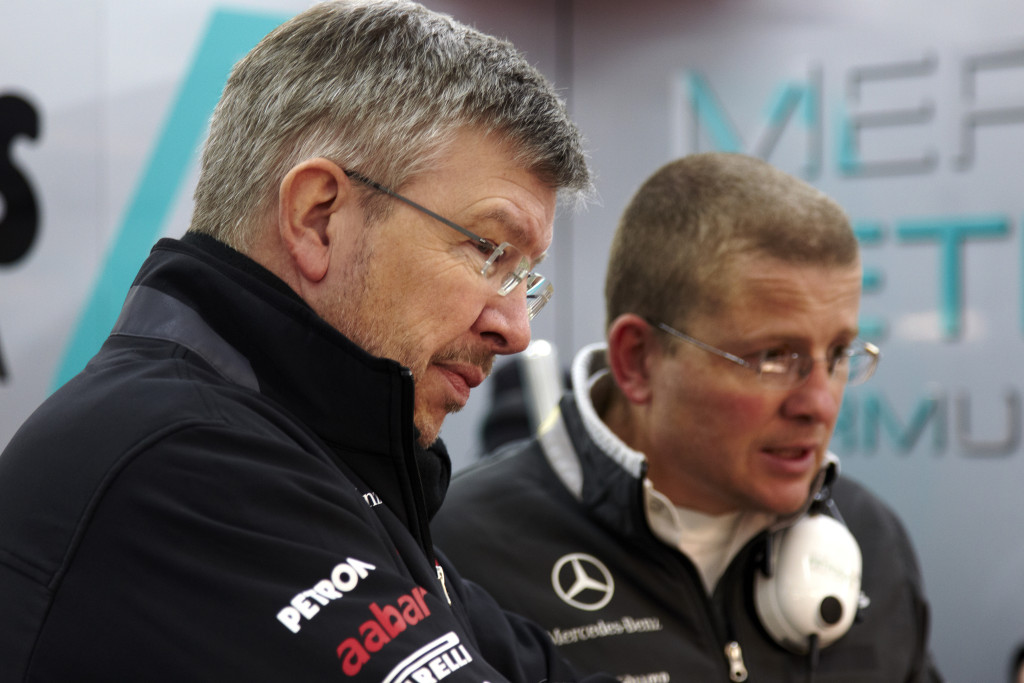 Ross Brawn's days as team owner in Formula 1 are coming to an end, as the 56-year old Englishman is about to sell his share in the Mercedes GP team to the German carmaker in the upcoming weeks.

At least that was the information revealed by Germany's Auto Motor und Sport, whose sources report that Mercedes and Daimler shareholder AABAR are planning to buy out Brawn's share in the Brackley-based organization by the time the season opening Bahrain Grand Prix kicks off in mid-March.

Mercedes sold their share in the McLaren F1 team in late 2009 and decided to go their own way in the series, purchasing 75.1 percent of the title-winning Brawn GP, owned by Ross Brawn. Probably tired of playing the team co-owner role in F1, Brawn will allegedly sell his 24.9 percent in the squad to the already majority owners of the organization in the near future.

This means that Mercedes and AABAR will, starting the 2011 campaign, own 100 percent of their operations. However, according to the same report, this won't lead to a position change for Ross Brawn within the team, as he will continue to head Mercedes GP as a team employee.

The team that currently has its base in Brackley, UK, has made its Formula One debut back in the late '90s (1999 to be more precise) as British American Racing. In 2005, the team was purchased by Japanese carmaker Honda, who hired Brawn as their team principal a couple of year later. In late 2008, when the company decided to withdraw from the championship and sell its F1 base, Brawn was part of the management buyout put in place by Honda.