McLaren Admit Problems with the MP4-24

In the eyes of some people, the life story of Ross Brawn is the epitome of success. From a trainee at the British Atomic Energy Research Establishment in Oxfordshire, via a job as a milling machine operator for March Engineering to owner of his very own Formula One team, Brawn has been through almost every stage of success in motorsport life. He was born on November 23, 1954, in Manchester, England. After attending the somewhat comically-named Reading School from Reading, Berkshire, Brawn was taken as a trainee by the British Atomic Energy Authority in Harwell, Oxfordshire. There he studied instrumentation. From physics to Formula One

Ross Brawn: From an Apprentice to an F1 Team Owner

Although trained as an engineer, his real passion was obviously racing, so in 1976 he quit his day job in the field of atomic research and entered straight into the realm of Formula One, the pinnacle of motorsport. Starting from the lowest level possible, he first managed to get a job as a milling machine operator for the now defunct March F1 team. By coincidence, Frank Williams and Patrick Head were just beginning to prepare to enter their very own team in Formula One during that time.

Brawn was jumped ships from March engineering to the Williams Grand Prix Engineering in 1976, where he also worked as a milling machine operator. Although the team was a bit on the poor side in the beginning years, with Williams sometimes having to conduct his business from a pay phone, the cars designed by Patrick Head began to reach a respectable level of successes, giving Brawn the chance to move up the ranks. 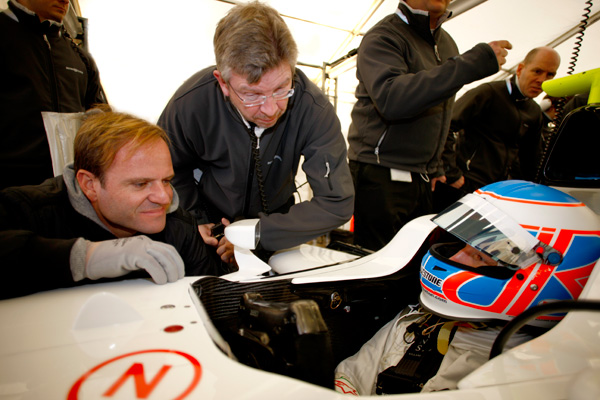 He first became a technician under Frank Dernie's research and development department, where he learned the basics of aerodynamics. After that the team moved from the old carpet warehouse in Didcot to its new plant in Basil Hill Road, where Ross Brawn became an aerodynamicist working in Williams' own aerodynamic tunnel.

He served Frank Williams' team for eight whole F1 seasons and then followed his team mate Neil Oatley to the Carl Haas' FORCE/Beatrice team. There he also took a job of aerodynamicist, but sadly he didn't get the chance to really show what he could do since the team went bust at the end of the 1986 season. This odd turn of events found him without a job but he was rapidly offered one as chief designer by the Arrows F1 team.The start of successes
With a pretty big budget coming from an American investment company and using old BMW four-cylinder engines from the turbocharged era, now renamed Megatron, Ross Brawn managed to design two mildly successful cars for Arrows. The first car he designed for the British team, the A10, didn't fare very well, but the A10B managed to finish fourth in the 1988 World Formula One Championship. The positive result got him in the scope of Tom Walkinshaw, who incidentally was on the look-out for a sports car designer.

Just so it happens that Brawn was persuaded to join Tom Walkinshaw Racing in Kidlington, in 1989. There, he first established a design center, which would go on to produce the state-of-the-art Jaguar XJR-14. The ground-breaking car managed to win the 1991 Sportscar World Championship. This somewhat took Brawn away from the Formula One but it was probably his destiny to return to this sport.Return to Formula One 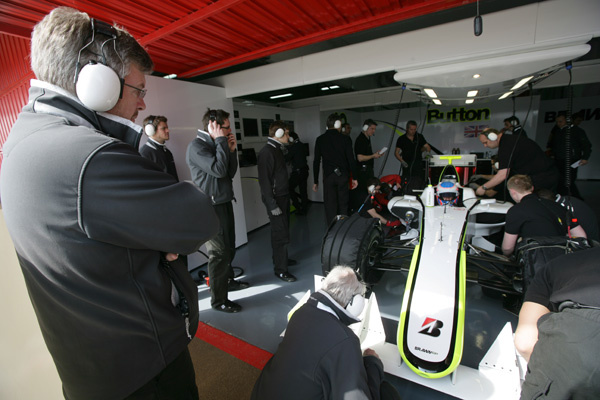 In 1991, Tom Walkinshaw bought a share into the Benetton F1 team and appointed Brawn as the team's technical director. Having this position in the Benetton Formula meant that he was in charge of just about all the team's technical aspects. By chance, this was also the time when Michael Schumacher was just a rising star at the Italo-British team, while the cars were designed by future Brawn partner Rory Byrne.

With Brawn at the helm of the technical department and Byrne designing the cars, Schumacher managed to win both the 1994 and 1995 Formula One Championships. When Schuey moved to Ferrari in 1996, a lot of key-people from Benetton followed along. Among them were both Byrne and Brawn, who was to play a pretty important role in assembling a winning team over the years.

He stayed as a technical director at Ferrari from 1996 until 2007, during which time the Scuderia managed to win quite a hefty number of races, Constructor Championships and, of course, Driver Championships. After taking a sabbatical during the 2007 season, he surprised everyone when he returned to the sport he loves not at Ferrari, but as Team Principal of Honda F1.A new beginning
Sadly, because of the dreaded economic downturn, the Japanese-based team announced at the end of the 2008 season that it was to leave the sport, again leaving Brawn stranded. At least that's what just about everyone thought, until a surprising announcement came on March 6, this year. Starting with the 2009 F1 season, Ross Brawn is the owner and technical director of the new (but old) Formula One Team, Brawn GP. Made on the ashes of the ex-Honda F1 works, the new team has gone off to a pretty good start during the spring tests.

With this being said, Ross Brawn has proved that he can be good at just about any imaginable job as long as it involves racing cars. Starting as an apprentice and (not yet) ending as an F1 team owner, he is probably a living reason for why someone, anyone, should keep following their dreams, no matter the difficulties jumping up on the way.