2 Russian Robot Knows How to Use Human Tools, and Now It’s Flying into Space

In preparation for its upcoming launch, set to take place on May 27, when it will deliver more OneWeb satellites to orbit, the Soyuz-2.1b launch vehicle was installed on the launch pad at the Vostochny ?osmodrome.
11 photos

Satellite Internet is becoming a widely-used technology and companies such as OneWeb are specializing in providing high-speed connectivity for the military and other sectors as well. For its satellite constellation project, OneWeb has been working with Arianespace (launch service provider), which resulted in several launches since 2019, on Soyuz launch vehicles.

The latest satellite launch of the project is scheduled for this Thursday, when the Soyuz-2.1b will take 36 more OneWeb satellites to the low Earth orbit. According to Roscosmos, the vehicle was delivered by the Assembly and Test Facility at the beginning of the week, and then it was installed on the launch pad at the Vostochny ?osmodrome, for final check-ups and pre-launch tests.

According to Arianespace, the 2-1b version of the Soyuz launcher comes with a more powerful engine and overall better performance, due to upgrades developed through a joint European/Russian program. Compared to the heavier-lift Ariane 5 and the lighter Vega in its launcher range, the Soyuz-2.1b has a medium capacity.

The 3-stage launcher is built with a Fregat upper stage that is connected to a dispenser system, which will help deploy the 36 OneWeb satellites. By using this type of dispenser system, more satellites can be delivered on a single launch. During the mission, the 36 satellites will be deployed at the designated points, through 9 separation sequences.

With this upcoming launch, the OneWeb satellite number will grow to 218, and the company aims to reach a 650 satellite constellation. This will be the 4th fully commercial launch for the Vostochny Cosmodrome, after its first one at the end of 2019, within the same project.

OneWeb will be streaming live from for the Vostochny Cosmodrome, on May 27, via its website and YouTube channel. 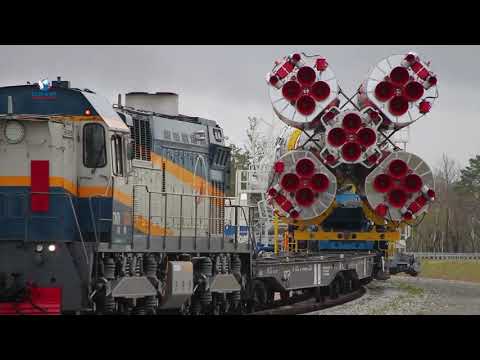