1 This Bonkers XP-82 Twin Mustang Is The Only Airworthy Example, And It's For Sale

World’s most powerful military forces are always looking for ways of keeping costs under control, maintaining advanced capabilities at the same time. While modular design has been explored as a viable solution for a quite some time, a UK-based aircraft developer is taking this concept to the next level, creating a five-in-one military jet.
9 photos

By combining a single fuselage and one set of avionics with different types of wings, engines and mission systems, you could obtain a wide range of configurations at a much lower cost. In fact, Aeralis claims that switching from mixed fleets to this modular concept could cut more than 30% of costs for military customers.

According to the manufacturer, this strategy has been successfully used in commercial aviation, but had not been implemented by military forces until now.

This groundbreaking concept is centered around the common core fuselage (CCF), which acts as the backbone for all the versions, ranging from basic and advanced training, operational training, light combat and acrobatic display. The open architecture avionics, digitally developed, are the other main common element for all modules, easy to reconfigure for specific types of missions and to update with new technologies.

Two interchangeable cockpits and two wing configurations enable the Aeralis jet to be transformed for different types of missions. The company even plans to add three other wing versions for a wider range of configurations.

When it comes to engines, flexibility is also key. The aircraft manufacturer has recently partnered up with Rolls-Royce, precisely for developing a propulsion system technology that can be used across all jet versions. During the first phase of the collaboration, Rolls-Royce will be testing propulsion systems for the pre-production model and focusing on integrating them into the aircraft’s digital design process.

Instead of dealing with the costs of logistics, operation and training for each aircraft, UK’s Royal Air Force could cut costs significantly and enjoy much more flexibility with the help of this innovative modular concept.

Aeralis is getting ready to enter the pre-production phase, and hopes its modular aircraft will conduct the first flight in three years from now. 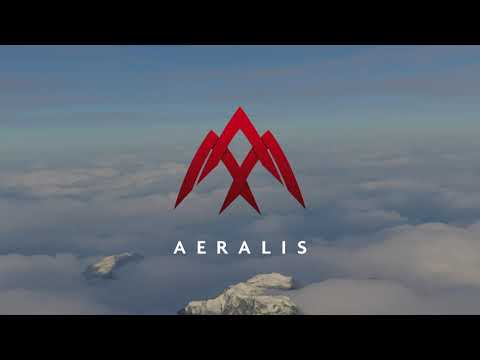