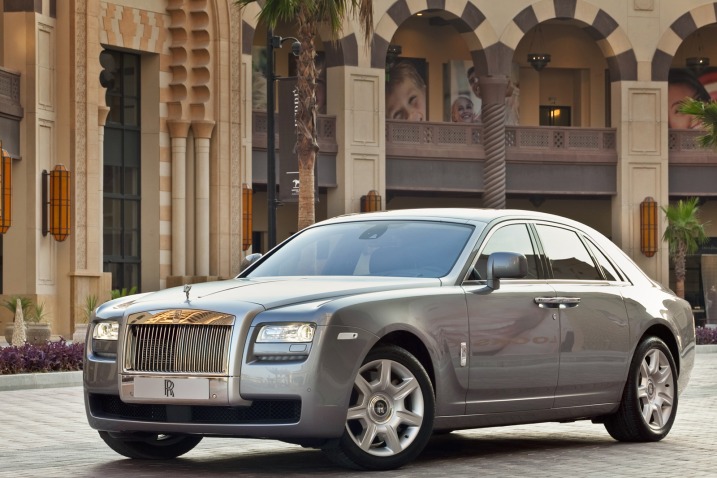 The famous British manufacturer is hard at work on three new versions of the recently launched Ghost. A stretched version, a drophead coupe and a coupe are all expected to be ready in the next three years, extending the Rolls Royce line-up to eight models.

According to an Insideline report, the stretched version of the Ghost is expected to come first, with the extra length being added behind the B-pillar. The new model, which should come with a new roof and longer rear doors, is expected to grow by around 5 inches (13 cm).

The two-door models will follow, although it is not known in which order. It is unlikely to be preview by any concept version, as the overall shape of the car is relatively predictable. The sedan is already a best seller for the company, with three of these sedans selling for every Phantom sold. This is mainly due to the lower pricetag and more more avant-garde design.

The British manufacturer is also flirting with the idea of introducing a hybrid version, but right now it is evaluating customers expectations. The company is less pressured by the recent EU emissions terms, because it's counted as a member of BMW Group, so the relatively high emissions-are easily balanced out by Minis and Efficient Dynamics BMWs.

"Our customers don't expect to be at the forefront of technology — our cars are about arrival and departure. They need to have long lives because they're icons — our customers are not interested in quick change, because that costs a lot of money," said CEO Muller-Otvos, quoted by Insideline.