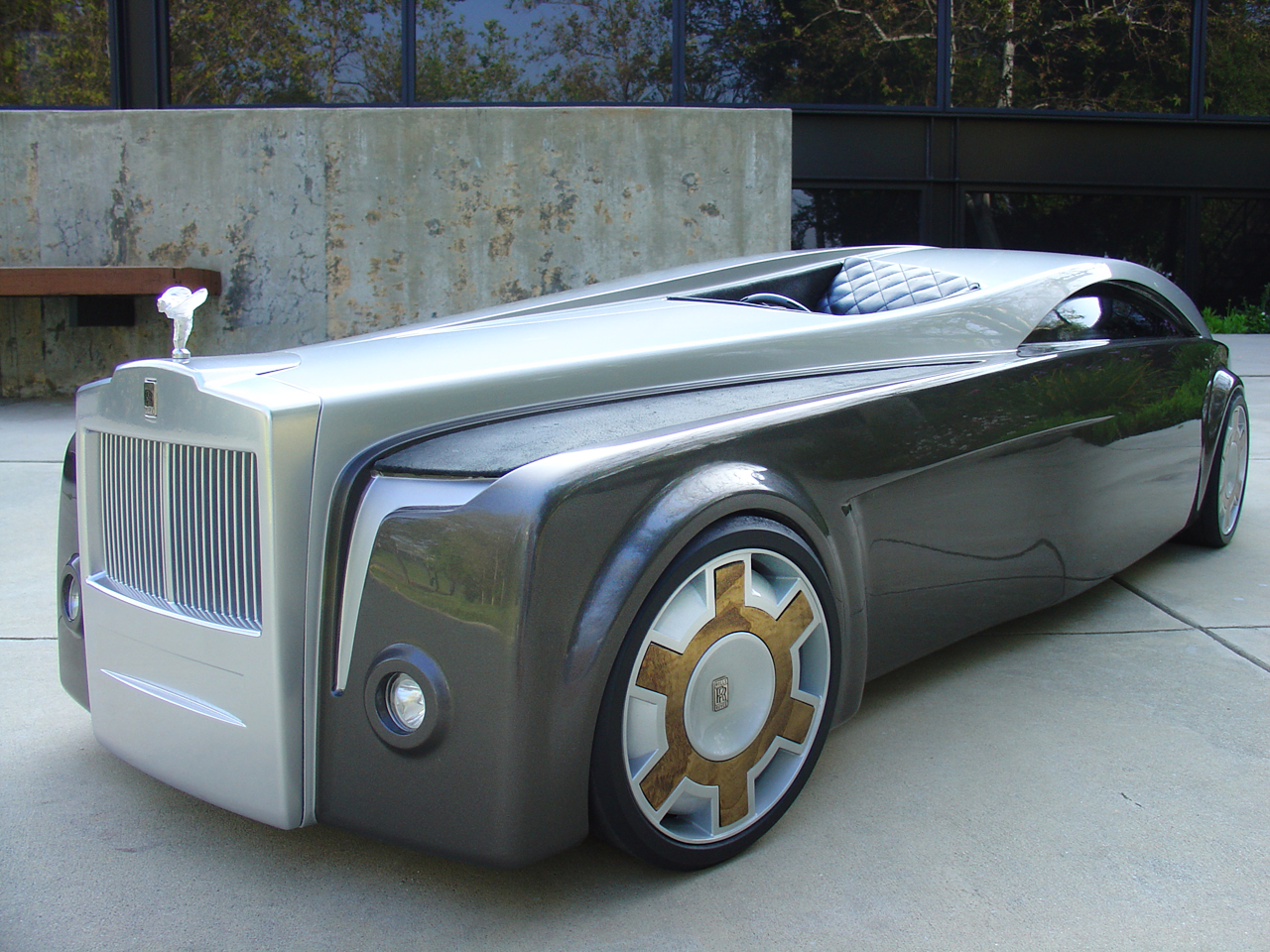 Some designers want to create shapes that look like they came from a 12-year-old’s head, but a few of them have a natural talent for messing with what we believe a car should look like. Jeremy Westerlund is one such designer, as his Rolls-Royce Apparition looks like a Rolls from every angle but nothing is where it should be.

Westerlund came up with this contraption while studying at the Art Center school of design. He wanted to make something that connects the brand's past with its future. The seating position is inspired by the old motor carriages that had a chauffeur sitting up front, exposed to the elements, with the passengers inside the coach.

The front end of the concept looks just like any other contemporary Rolls, dominated by the prominent grille and hood ornament. But we have never seen a car with wood accents on the wheels, nor one with a spare one partially exposed from under the bonnet. The designer says he took his styling cues from sailing yachts, creating a shape that is long and low. From the side especially, it looks exactly like a luxury cutter.

Even though this is only a 1:4 scale model, it's still six feet long (1.81 meters), so if such an extreme concept ever becomes reality, it should be 24 feet long (7.24 meters). That is even longer than the current generation of Rolls Royce Phantom. The car is definitely pleasant to the eye, but we don’t think there are any chauffeurs these days that would brave the cold and rain in order to earn a living.