2 Spirit of Ecstasy Centenary Drive Floods the Streets of London 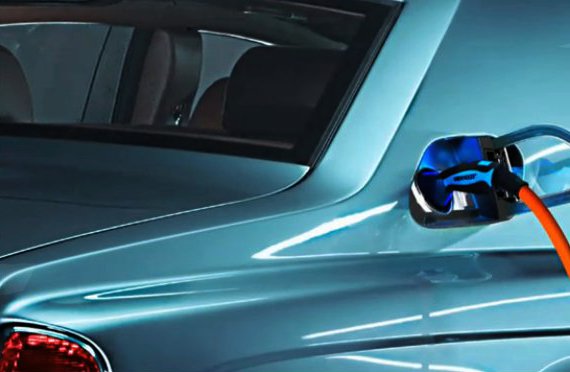 This, ladies and gentlemen, marks the beginning of the end for internal-combustion engine cars - mass-production or luxury. News of Rolls-Royce, one of the most exclusive auto makers in the world, even contemplating an electric drive train surely must feel like a dagger in the hearts of those still hoping the EV frenzy will pass.

The luxury auto maker owned by BMW announced over the weekend that it will be bringing an electric version of the Phantom model to the 2011 Geneva Auto Show. Called 102EX, the fully electric powered car is planned by Rolls-Royce as a test platform for a possible future "electrification" of the range. The model will become, historically, the first EV intended for the high-end luxury segment of the automotive industry.

“We have engineered the world’s first battery electric vehicle for the ultra-luxury segment,” said Torsten Muller-Otvos, Rolls-Royce CEO. “With this vehicle, we begin an exploration into alternative drive-trains, seeking clarity on which alternative technologies may be suitable to drive Rolls-Royce motor cars of the future.”

Details on the 102EX have not been revealed, not even the type of electric motor used to help the car go for how much of a range. According to the auto maker (and as a weak, very weak glimmer of hope for EV detractors), the 102EX is not heading for production. Not yet, we reckon.

Rolls-Royce will send the car, after the Geneva event, on a world tour, putting it in the hands of drivers in Europe, the Middle East, Asia and North America. Following the tour, some conclusions will be drawn and decisions will be made.

“I must be convinced that any alternative drive-train we choose for the future delivers an authentic Rolls-Royce experience,” added Muller-Otvos. “It must be a technology that is right for our customers, our brand and which sets us on a sound footing for a sustainable future.”

autoevolution will be attending the 2011 Geneva Motor Show, so stay tuned for some real up close and personal shots of the vehicles, as well as first-hand details of the motorized contraptions presented at the event.