1 $4.4 Million for the Bugatti Found in Garage

3 Ford Thunderbird Sold For $600,000 at Scottsdale Auction
Car video reviews:
Up Next

Rod Stewart's Lambo and Ferrari to Go under the Hammer 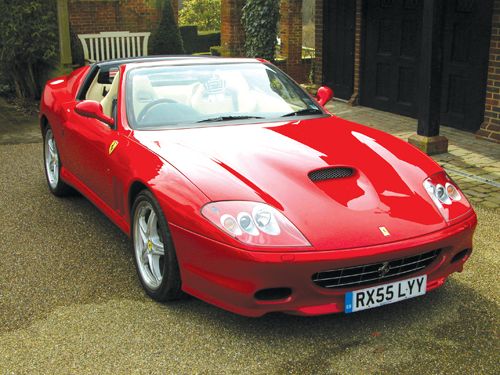 We don't know whether Rod Stewart was affected by the global recession or not but we have just found that two of his most precious cars to be auctioned on Thursday by Coys in London.

The first car belonging to the rock star that is looking for a new owner at the auction is a special 2005 Ferrari Superamerica, a convertible 575  which was offered exclusively to existing Ferrari customers at the time. The Superamerica was introduced at the Detroit Auto Show in 2005.  It was designed by Pininfarina, who combined the performance of Ferrari’s twelve-cylinder Berlinetta with his interpretation of the convertible concept.

What's more, it was the first production car that used a special mechanism for rotating roof movement combined with electrochromic technology developed exclusively with Saint Gobain. The mechanism allows the driver to drop the top on the car electrically in only 10 seconds. Reaching a top speed of 200 mph, the Superamerica is the fastest  convertible berlinetta in the world. Rod Stewart purchased it new from Maranello’s in Egham, Surrey, paying over £150,000 for it. With only 2,788 miles on the odometer, the Superamerica is expected to fetch upwards of  $117 000. 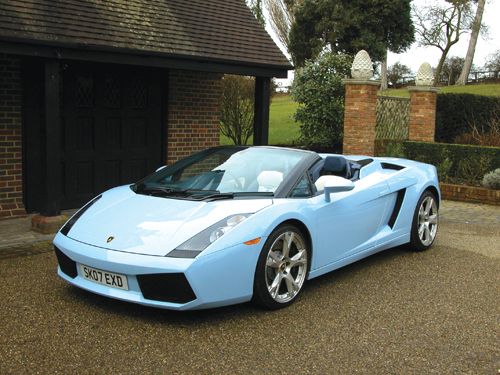 The second car of Rod Stewart which will be sold at the auction organized by Coys is a 2007 Lamborghini Gallardo Spyder. The singer bought it from Lamborghini Edinburgh and the car is practically as new with only 2243 miles on the odometer. The vehicle comes with  Callisto rims, the uprated E-Gear gearbox, branding package and satellite navigation and TV. The interested buyer can have the blue Lambo together with the Lamborghini history file and wallet, V5C and original sales invoice. Although originally it cost £149,500, the car is expected to sell for maximum £70,000.

As far as we're concerned, the two cars look awesome and we truly wonder how Rod Stewart copes with the separation. After all, it's not easy to say goodbye to such precious models...