5 You Can Now Play Football With Cars on iPhone and Android
Car video reviews:
Up Next

Home > News > Videogames
Cosmin Vasile
Rocket League is just about everywhere, so if you ever wanted to try out Psyonix’s soccer game and never did, you have no excuse. As far as mobile goes, Rocket League Sideswipe has been specifically designed to offer fans the option to play their favorite game on the go.
6 photos

Already at the end of Season 4, Rocket League Sideswipe offers a similar experience as the original game, and even rewards that can be used in Rocket League. Those who successfully finished Season 4 will receive season-exclusive Quick Chat Stickers based on their peak rank, among other things. Keep in mind though that the rewards may take a short time to appear in your Garage as soon as Season 5 kicks off.

Speaking of which, Season 5 is scheduled to launch on September 7 and will feature a futuristic Rocket Pass filled with supersonic cars and amazing explosions. Players will have to raise their supply of XP and SP by completing Challenges or participate in the new and returning modes.

For starters, Volleyball is returning to Ranked for Season 5, so players with skills will be scoring high when the ball hits the floor. Season challenges that kick in once Season 5 starts will reward huge XP rewards, so make sure to win 10 matches with the new Masamune car, or complete 5 online Volleyball matches in a party to reap these high rewards.

The Season 5 Rocket Pass will feature lots of rewards, including high-tek items such as Holo Data Goal Explosion, as well as the Chikara G1 and Masamune cars. ROBO-Visor Topper and Hexphase Boost can be unlocked too pretty early in the season too.

Rocket League Sideswipe for Android and iOS is completely free and can be downloaded from the Google Play Store and App Store. However, check out the requirements before installing the game. 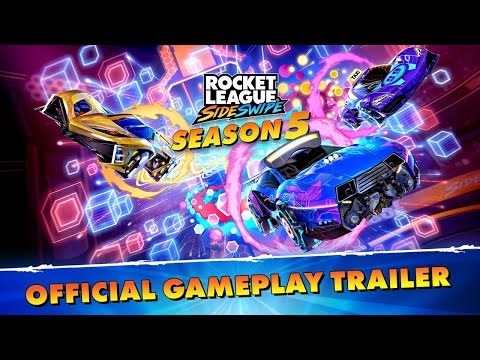