Cosmin Vasile
The Rocket League spin-off specifically designed for mobile, Sideswipe, has just stepped into a new season. Android and iPhone users who have been playing Rocket League Sideswipe since the beginning of Season 1 will be happy to know that they will be generously rewarded.
6 photos

Because these rewards have already been revealed, we’re happy to report that they come in the form of cosmetics. All players will receive season-exclusive Titles and Quick Chat Stickers based on their peak rank during Season 1, but keep in mind that they may take a short time to appear in your Garage following Season 2’s launch.

Moving on to the juicy part, Season 2 brings tons of new items and Season Challenges, which will be available to grind through the free Season 2 Rocket Pass. Additionally, the massive update dropping today adds new ways to play with Casual Playlists and a new Volleyball Mode.

Rocket League players will be thrilled to learn that Season 2 of Sideswipe brings back the classics, including fan-favorite items like Supernova and Dueling Dragons Goal Explosions, Sunset 1986 Wheels, the Breakout Car, and a lot more.

Throughout the entire Season 2, developers will gradually introduce a bunch of newly painted items, which will be available through the Item Shop, so make sure to keep some SP ready for when they go live.

As far as the new Casual Playlists go, this is the perfect place to chill while playing quick matches. More importantly, players can practice their favorite shots against real opponents without affecting their rank.

The newly added Volleyball Mode features a new ball and central net where two teams of two players each-face off. There are no goals in volleyball, though, so players will score points when the ball touches the floor, allowing for powerful spikes and last-second saves.

Rocket League players who haven’t yet started to play Sideswipe can download the game on iOS and Android and enjoy Season 2. Plus, they will earn an XP Match Bonus in both games when they connect their accounts. 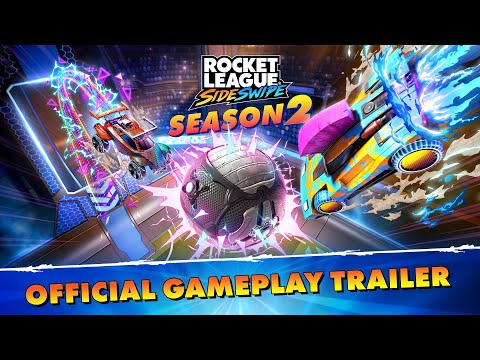