2 Volvo S60 Painting by Blind Artist to Be Auctioned

3 Volvo, a Trendsetter in Wood Decor
Car video reviews:
Up Next 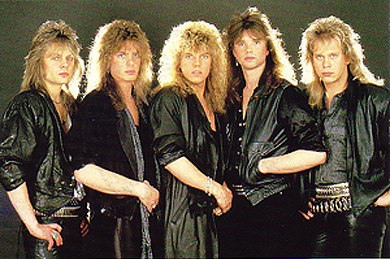 As Volvo is about to release its newest model, the S60, the marketing department needed a soundtrack for all the car’s videos. And apparently, the music of the rock group Europe fits just perfectly to the Swedish needs. Europe is launching a new album and their track called “Last look at Eden” serves as the musical score for five films about the S60.

"The first time I heard the title track, I knew straight away that this was it. The music had exactly the pulse we wanted. The fact that Europe is a Swedish group was of course yet another advantage," says Helene Cato, film and music director at Global Marketing, Volvo Cars.

"What is more, the timing was perfect. We're launching a new car at the same time as Europe is making something of a comeback. However, one precondition is naturally that the people we want to work with must actually want to cooperate with Volvo Cars," explains Anna Arbius.

The deal has been done thanks to Volvo Cars' music agency Blixten & Co. Europe. If you’re not into rock music or never heard about Europe, you should know that they are Sweden's largest-ever rock band with more than 20 million albums sold. They started their career back in 1978.