3 Ready or Not, Here Comes the Lunar IceCube and You Can't Hide, Dear Moon Water

5 Here’s the Complicated Road to the Perfect Artemis I Launch Windows
Car video reviews:
Up Next

There’s a lot of fuss these days here on Earth concerning the Moon. Nations and companies are working together and separately to create rockets, spaceships, landers, and rovers that could make the place a true second home for humankind. But there’s a catch.

All of the pieces of hardware and plans for the Moon targets the satellite’s surface, or in some cases, its orbit. To our knowledge, until recently not a single plan was being made to study the Moon’s caves.

The floating ball of rock seems to have lots of them. We know for certain they’re there since the Lunar Reconnaissance Orbiter (LRO) found some 200 of them not long ago. We’re also told these places have a much tolerable temperature than the inhospitable surface, about 63 degrees Fahrenheit (17 degrees Celsius).

The pits, caves, tunnels, and other such underground locations could also be perfect for studies that could shed more light on the Moon’s past, but also natural supermarkets filled with resources.

We said earlier that until recently we knew of no actual plan to study the subsurface. Well, there is at least one, and it’s run by the European Space Agency (ESA).

Over the past years, the agency has been leading a project on designing a mission meant to study a lunar cave. In 2019, ESA started an Open Space Innovation Platform (OSIP) where the best ideas could be submitted.

When OSIP ended, ESA selected five ideas that moved into something called the SysNova challenge, where they were studied in more detail. When that was done, two different pitches were selected and merged into a single potential mission that could depart our planet in the early years of next decade.

The first idea is called RoboCrane and was put together by people from over at the University of Oviedo in Spain. As its name says, it is a robotic crane, whose main purpose is to lower into a lunar pit the actual cave explorer.

But the RoboCrane was designed in such a way as to also work as a communications relay for the underground machine (check first video below), but also as a power source for it.

The underground explorer selected by ESA is called Daedalus. It may sound like an interstellar spaceship, but the name actually describes “a dangling hamster ball“ piece of hardware imagined by a crew from the Julius-Maximilians-Universität of Würzburg in Germany.

The ball measures 46 cm (18 inches) in diameter and will be equipped with a stereoscopic camera, a laser radar system for 3D mapping of cave interiors, temperature sensors, a radiation dosimeter, and extendible arms to help clear potential obstacles in its way.

It would be lowered into a cave while tethered to the RoboCrane, with the tether disconnecting after a certain distance. The string would remain dangling at the entrance of the cave, acting as wireless receiver for signals going up and down.

The mission currently being planned also calls for a rover capable of carrying the crane-explorer assembly to the target cave, but at the time of writing it has not been detailed.

ESA says that if all the pieces fall into the right place the mission could be launched in 2023, possibly on top of an Ariane 6 rocket. To land on the Moon, the rover, crane and explorer could use ESA’s European Large Logistic Lander (EL3).

At the moment, the target region for the still unnamed mission is a Marius Hills pit, located in the Oceanus Procellarum region, a place dominated by volcanic domes. That indicates the area might once have been drowning in lava, and where there is lava, there probably are lava tubes as well.

The planned duration of the mission is of just one lunar day, but if ESA somehow manages to find the resources to put it together, it might forever change our understanding of our nightly companion. 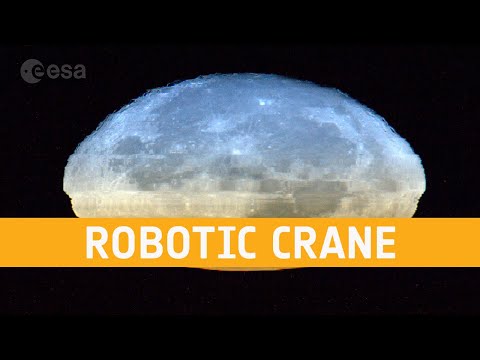 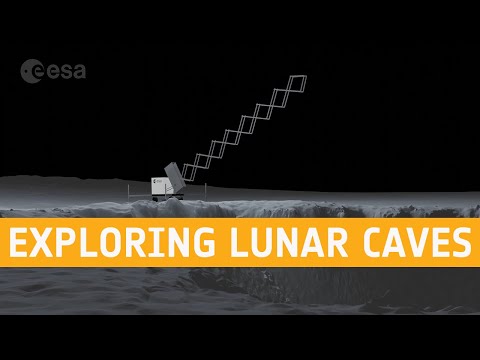