1 Robonaut 2 Gets in Shape for 1st Space Flight

2 Robonaut 2, the First Human-Like Robot to Fly into Space

Robonauts: The Future in Robot Hands

Even if the glory of the early days of space exploration is pretty much gone (mostly because of the lack of any notable results in the field since landing on the Moon), there are still some people out there who feel “up” is the only way to go for mankind. But not only for mankind. The dreams, imagination and visions of science fiction writers are slowly becoming reality. Civilian space exploration is now in its infancy, thanks to Richard Branson and Virgin Galactic; more and more voices call for the revival of President Kennedy's belief that “space is open to us now”; and finally, the National Aeronautics and Space Administration (NASA) is coming back from the cone of shadow in which it hid for the past few years. Currently, NASA, as directed by President Obama, is getting ready to end the Constellation Program (CxP). This means that, for the immediate future at least, there will be little, if any, manned space flights. The development of the next generation heavy-lift launch vehicle will take us well beyond 2015. For now however, NASA is getting ready to launch the space shuttle Discovery next week, on November 1. Its mission is to fly to the International Space Station (ISS) and deliver and install the Permanent Multipurpose Module, the Express Logistics Carrier 4 and several other spare parts. It will be Discovery's last mission. The flight crew comprises NASA astronauts Alvin Drew, Nicole Stott, pilot Eric Boe, commander Steve Lindsey and mission specialists Michael Barratt and Tim Kopra. Along for the ride is Robonaut 2, a machine created by NASA together with American carmaker GM. ROBONAUT: WHAT IS IT?
NASA defines the Robonaut as a “dexterous humanoid robot.” Built to act pretty much as a human when it comes to handling objects, the robot has been designed as a tool which would allow humans to perform otherwise difficult tasks. Robonauts do their thing by using their dexterous manipulation feature, meaning they can use their hands and fingers in the same way humans do.

The Robonaut family currently comprises four units, each created as a means to test mobility, control methods, and task applications. Simply put, it's all about the hands and the way in which the robots use them to perform tasks both on space stations and during extravehicular activities (EVA). 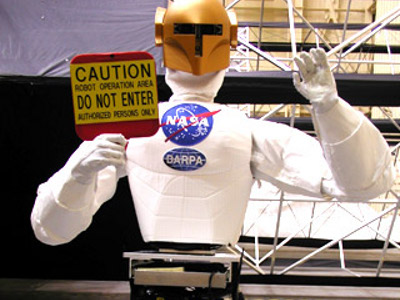 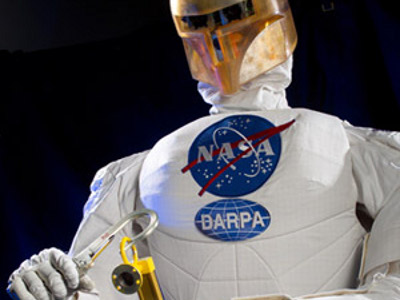 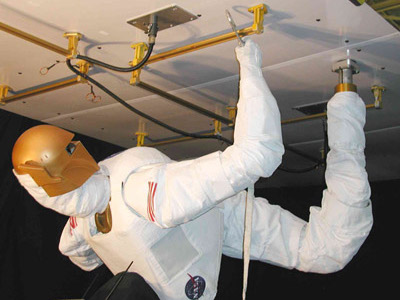 The first humanoid robot meant for outer space has been designed by the Robot Systems Technology Branch together with DARPA. It was followed by Robonaut 2, the same one which will take off aboard the Discovery on November 1.

Lacking any legs, Robonaut 2 presents itself as a human-like torso, adorned with a head and two hands. NASA says the new model is four times faster, more dexterous and more technologically advanced than the previous generation, being capable of performing tasks until now considered to be out of the reach of robots as a species. HANDS
Until now, NASA has been using all sorts of robotized arms to perform EVAs, arms which grab, twist and turn object using hooks or grippers. Robonaut 2 will be the first machine to use a human-like hand, complete with fingers, a feature which will give it an unprecedented dexterity.

Its hands can use the same tools that station crew members use and will be able to fit into all the required places. The joint travel for the wrist pitch and yaw exceeds that of a human-hand wrapped in a pressurized glove. 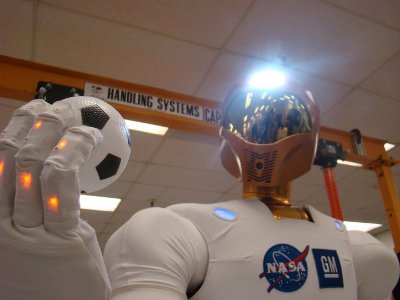 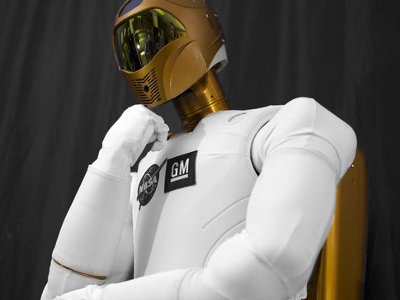 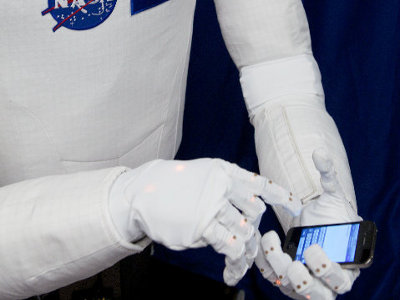 The components of the hand are a forearm (four inches in diameter and eight inches long), where the motors and drive electronics are located (fourteen motors, 12 circuit boards and wiring for the hand), a two degree of freedom wrist and a five finger hand, with twelve degrees of freedom.

The fingers of the robot, all five of them, are shock mounted into the palm. The dexterous work set comprises three fingers, pointer and index (each with two 3 degree of freedom) and an opposable thumb (with 3 degree of freedom). The grasping set is made up of two fingers, ring and pinkie, each with 1 degree of freedom, and a palm.ROBONAUT USE
The first flight of the robot into outer space will be used by NASA and GM to study the robot and the effects of zero gravity, radiation and electromagnetic interference. The goal is to create a machine which would eventually take over dangerous or repetitive tasks usually performed by astronauts in outer space.

In addition, American manufacturer GM will use it to try and figure out new ways to better the production process in its facilities.

In the years to come, it is likely we'll see more of these robots going about what was traditionally considered human business. Whether they are used in the automotive industry to test dashboard buttons or in the aerospace industry to repair the ISS, robots will slowly take their rightful place, next to man.