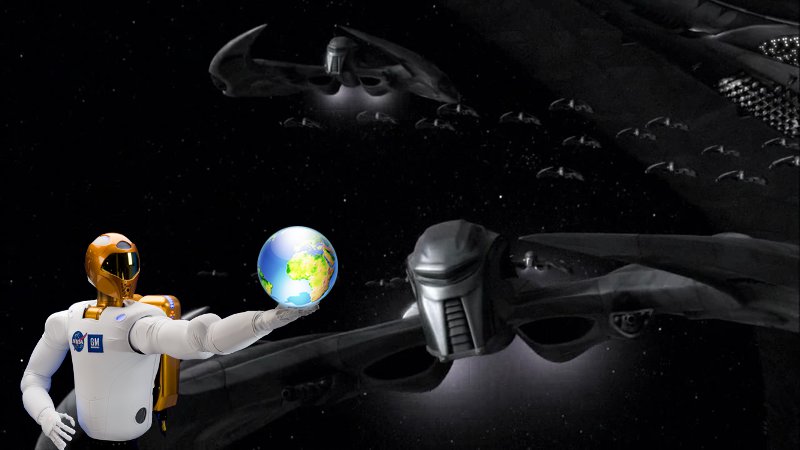 The first humanoid robot to have blasted into outer space made history a few hours ago, reaching the International Space Station (ISS) aboard space shuttle Discovery. The moment, which comes after several delays caused by either the weather or some problems with the space craft, is historic for both GM and NASA, the co-developers of the robot.

Chosen by the Engadget magazine readers as the robot of the year will perform only minor tasks during its first mission, with the focus being on studying the effects of zero gravity on the robot, its components and its dexterity.

“GM engineers are also studying how the technology embedded within R2 can be put to use within manufacturing facilities to help create a safer working environment,” said Marty Linn, principal robotics engineer.

“The dexterity and endurance of R2 can be used alongside people to help reduce repetitive stress injuries and the R2 sensing capabilities can be used in collision avoidance systems.”

Unlike the astronauts which made the 264 miles trip all the way to the ISS, Robonaut 2 will not be making the trip back down to Earth. Instead, it will be left on the station indefinitely.

Should GM and NASA establish that the robot has the potential of helping the missions on the ISS, Robonaut 2 will get a permanent contract. Meaning that it will be used by the people on board the station to perform maintenance and service tasks and, in the near future, even go for a space walk or two.

In an alternate future, years from now, Robonaut 2 might even lead a robot invasion of Earth. Battlestar Galactica, anyone?