1 Rivian R1T Ad Is All About Family Fun, Will Strike a Chord

It goes without saying the next big auto industry story will unfold in the electric pickup segment. A bunch of high profile trucks is already in the making, both from established carmakers and newcomers that hope to revolutionize the world.
34 photos

Without a doubt one of the most exciting future electric pickups is the Rivian R1T. The Amazon-backed company is hard at work putting the finishing touches on what is expected to be, at least until some other machine of its type gets here, the most exciting proposition in the segment.

The R1T was first shown in late 2018. The truck is both one of the best looking ones out there (and we’re counting here ICE-powered trucks as well) and is shaping out to be one of the most capable, performance-wise.

Build on a so-called skateboard platform - meaning all of the car’s elements (battery pack, drive units, suspension, braking and thermal system) are housed at maximum the height of the wheel – the trucks should provide a range between 230 and 400 miles (370 to 643 km), depending on the version.

Officially, the pickup is scheduled to go on sale later this year, but there’s no telling if that will happen given all that’s going on in the world. Rivian is acting like that will happen though, and it is hard at work putting the finishing touches on the truck.

A glimpse into how that is going can be seen in the two videos below. Both show the truck on scene somewhere at on a proving grounds in Arizona, doing all the things a pickup trucks with ambitious goals should be doing, from rock crawling to high speed runs in the dust.

We’ll let you enjoy the truck’s exploits as seen in the video below, with the mention that we have no idea why the truck is camouflaged, given how it’s appearance is pretty much known. Perhaps some surprises are in store for the production version - we’ll have to wait for the market launch and see. 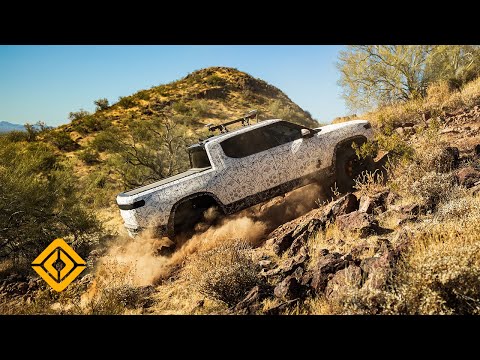 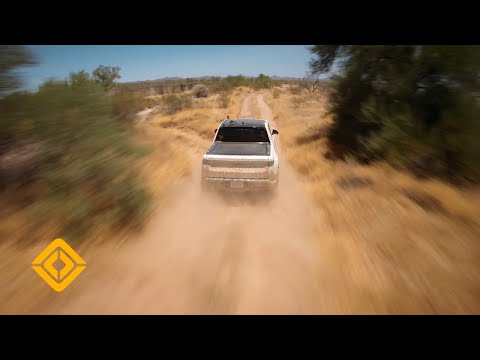