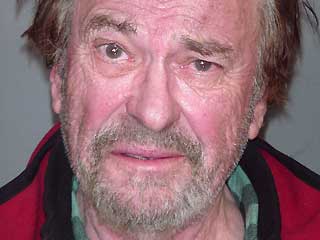 On the principle “who has done it once, he will surely do it twice”, actor Rip Torn finds himself in another DUI accident shortly before Christmas. To be more specific, this is not the first time he is accused of drunken driving, much less the second.

According to jalopnik.com (via PopEater), the 77-year-old actor showed up in Bantam Superior Court on the very first Monday of the New Year and pleaded not guilty to the charge of drunken driving and failure to drive in the proper lane.

On December 14, last year, Torn was pulled over on Route 44 by the state police, when returning from the White Hart Inn in Salisbury. Police reported that he was driving in the breakdown lane in his 1994 Subaru with a Christmas tree tied to the top.

More importantly, he didn't pass the entire field sobriety exam and eventually gave up claiming the ground wasn't level enough as state police says. As if this wasn't obvious enough to betray his condition, he refused to take a breathalyzer test. When in the police cruiser, he let obscenities take command of his dizzy person.

"All I can tell you is that we will review the reports, and Mr. Torn and I will meet to discuss his defense options. At this point, I don't know what they are yet," his lawyer A. Thomas Waterfall of Torrington, told The Register Citizen newspaper.

As we told you from the very beginning, this is actually the third time when Rip Torn is involved in a DUI incident.

First time, in a Manhattan case in 2004, Torn managed to convince the jurors to be acquitted after prosecution didn't succeed in proving he was drunk when he crashed into a taxi.

However, the second time, he wasn't that lucky. In April 2007, Tom had to pay a $380 fine and lost his license for 90 days after pleading guilty to drunken driving in North Salem.

Let's see if he manages to get away this time...