2 Rimac Nevera Is Fighting for Grip at the Strip, Still Launches Like a Rocket

Home > News > Auto Motorsport
Cristian Gnaticov
A Ferrari F12tdf got a massive whooping from a Rimac Nevera at the Supercars Owners Circle 2021 in Zagreb, Croatia. The ICE-powered supercar dared take on what is now the fastest-accelerating production car, with disastrous self-esteem consequences.
6 photos

You might say that the F12tdf owner had it coming for daring to take on the Croatian hypercar, and that this is an apples to oranges race. However, the driver of the latter did apply the brakes mid-race, in the cheers of the crowd, yet that wasn’t enough for the Ferrari to catch up with it.

Now, the F12tdf may have been humiliated by the Nevera, though we’d still take it over any electric machine, no matter how powerful it is. But which one would you choose? 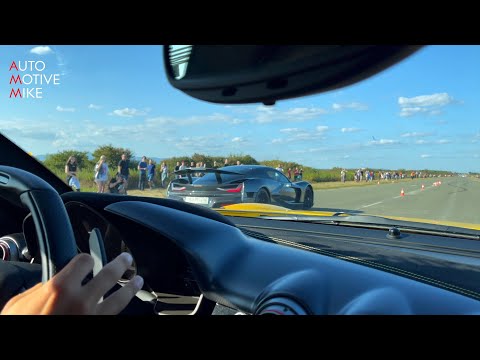