1 This Is What Drifting $2.4 Million in Almost Complete Silence Looks like

Rimac Nevera Driver Does 144 MPH During Public Event, Turns Himself In After

Elena Gorgan
This week marked the public debut of the Rimac Nevera, formerly known as C_Two, the most insane production version electric vehicle to date. During the launch, one as-yet-unnamed driver did his best to max it out on a public road, and then had video of it posted online.
64 photos

Doing reckless, stupid or otherwise illegal stuff at the wheel on public roads, filming the whole thing and then posting video on social media should be in a 101 manual on modern life, but here we are. This is neither the first nor the last time it happens, but the situation is slightly different. This was an official event and the driver was wearing full Rimac gear, which, as Road And Track points out, could mean he was an employee of some sorts.

The video first popped up on reddit but was eventually deleted. As these things go, once something is on the Internet, there’s no taking it down, so the video has resurfaced on YouTube. You will find it at the bottom of the page.

There are two people in the Nevera, with one the Rimac-geared driver and the other person filming the action. On a two-lane mountain road in Dubrovnik, Croatia, with light traffic from the opposite direction, the driver steps on it and takes the 1,914 hp electric hypercar all the way up to 232 kph (144 mph), close to the maximum stated of 258 kph (412 kph).

As the video went viral, Mate Rimac, the CEO of Rimac Automobili, was forced to acknowledge the incident and apologize for it. He confirms it occurred during the official debut on a public road, but notes that there was no reason was justification for it since a session at the track was scheduled right afterwards. He also says that the driver in question has turned himself in to the police, and that he’s facing legal action.

The lesson here remains the obvious one: if you do stupid stuff, keep it to yourself. Don’t post about it online, regardless of how cool you think it would make you look. On the other hand, at least this guy was decent enough to spare the cops the effort and time, and turned himself in. 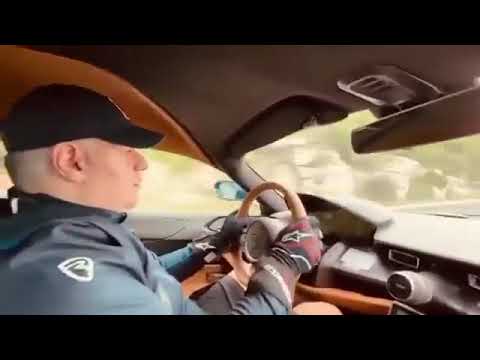