Vlad Mitrache
When Elon Musk announced the new Roadster back in 2017, Rimac already had the C_Two in development. The Croatian hypercar had some pretty impressive performance figures announced, but then the Tesla model raised the bar even further.
8 photos

Rimac didn't even try to hide the fact it was competing with Musk's company to make the most potent electric performance vehicle by immediately adjusting the C_Two's numbers so that they were marginally better than Tesla's. We're talking hundredths of a second here, but the message was clear.

Well, unlike the Roadster, which seems to have disappeared into a black hole while Musk finds all sorts of excuses for missing one deadline after another, the Rimac C_Two doesn't hide and seems to be almost ready. To be fair, the company's second model should have already been out by now, but then pandemics happened, so we're now looking at the end of this year for the first customer deliveries.

In the meantime, it seems company founder Mate Rimac has released a clip (it's on the Dragy Motorsports channel, but allegedly it's him who's driving) showing the vehicle's astounding acceleration potential, of the kind that would instantly make it the quickest production vehicle over the quarter-mile. Before you get over-excited, though, you should know the EV will be built in a limited run. And it's $2,000,000. And all have been sold already.

The official claim for the 0-60 mph acceleration time is 1.85 seconds, which is conveniently 0.05 seconds under the Tesla Roadster's figure. The clip embedded at the bottom of the page shows the car reaching the target speed in a slightly underwhelming 2.39 seconds, but it's actually what happens afterward that's the most impressive.

Despite the seemingly slow start, the car goes on to complete the quarter-mile in 8.99 seconds with a trap speed of 154.52 mph (around 250 kph). That in itself is exciting, but a closer inspection of the clip reveals that Mate lifts off the accelerator before reaching the end of the quarter-mile. That means this eight-second run could have been a lot more deserving of its name than the 0.01 second that makes it possible to call it that as it stands.

Then there are other factors to consider. There are clearly two people in the car, though with 1,914 hp and 1,696 lb-ft (2,300 Nm) of torque from its quad-motor setup, we doubt the extra weight made that big of a difference. Finally, there's the quality of the road surface and the weather, two parameters we know nothing about.

What we do know is that the Rimac C_Two could—and should—go into the mid (if not low) eights in ideal conditions and on a prepped surface, particularly if the 0-60 mph in 1.85 seconds promise is kept. With DragTimes' Brooks Weisblat already keeping tabs on the EV (see second clip), you can be sure we'll get to see the C_Two out on a drag strip the moment the opportunity presents itself. 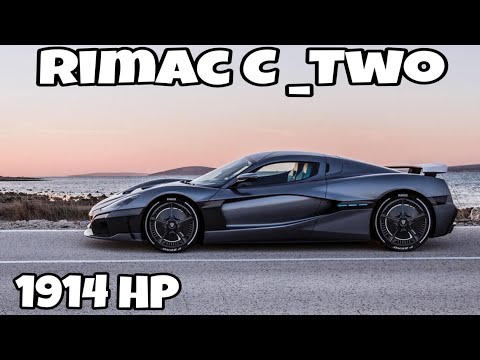 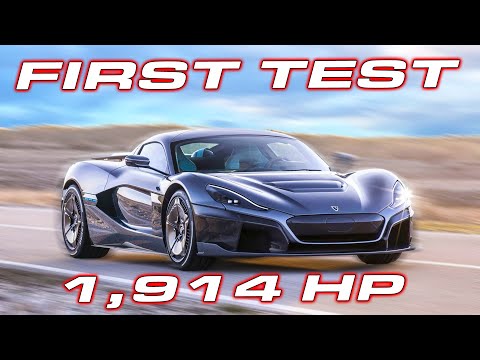