2 Tesla Roadster II Performance Rival Coming in 2018 from Rimac, Looks like This

3 The "Tesla-Killer" Claims Are Back, This Time Aimed at the Unlaunched Roadster

5 The Hypercar of the Future Battles the Veyron on Track, Pulls a Few Drifts
Up Next

Vlad Mitrache
We realize the Rimac name is not as resounding as Tesla, and there are two reasons for that, the first being the company doesn't have a CEO that as eccentric as Musk, and the second, it only ever produced one car, and that was limited to just a few units.
1 photo
But what a car it was. The Concept_One came out of nowhere and took everyone by storm - with Richard Hammond being a prime example after the Grand Tour presenter crashed one of the few electric hypercars after pushing it too hard because "it refused to drift."

It was quick alright, with a 0-60 mph time of 2.5 seconds lagging behind Tesla's Model S P100D, but still up there with the best hypercars in this world, but it also had another very important quality: it felt finished. It didn't seem like one of those work-in-progress projects, and the best example for that was its very impressive infotainment system which offered tons of driving data. The Croatians really had thought about everything.

Now, though, they're getting ready to reveal their second model at next month's Geneva Motor Show, so with all this in mind, you will excuse us if we're pretty excited. Particularly since Rimac said it had to alter the car's specs after Elon Musk's preview of the new Roadster, presumably to match or even better those of Tesla's upcoming sports car.

With just 1.9 seconds needed for the 60 mph sprint and a top speed of 250 mph (400 km/h) announced for the Roadster, it will be nearly impossible for Rimac to improve on those numbers, but a two-second acceleration and a similar top speed sound doable.

The more surprising news surrounding Rimac's Concept_Two comes from the Brits at Autocar. They claim the hypercar is going to employ a 120 kWh battery pack - nothing out of the ordinary so far, though still not enough to compete with the Roadster's 200 kWh and 620 miles of range - and come with fully autonomous capabilities.

That would be Level 4 autonomy, at which point the vehicle can drive itself under any circumstances without requiring the full attention of the driver. They can take over at any time, however, since the vehicle still has pedals and a steering wheel (the only thing separating it from a Level 5 autonomous car).

The company has already released a few teasers of the car along with other bits and strands of official information, such as the fact it won't actually be called Concept_Two once it's released or the fact it's going to be more comfortable than the Concept_One while also improving on its performance.

With Faraday Future going bankrupt and Lucid Motor taking its time with the very promising Air, Rimac remains one of the few Tesla competitors outside the established carmakers. However, don't expect the upcoming model to be anywhere near the already high prices of the top end Tesla models, so it's not exactly fishing in the same waters as Elon Musk's company. 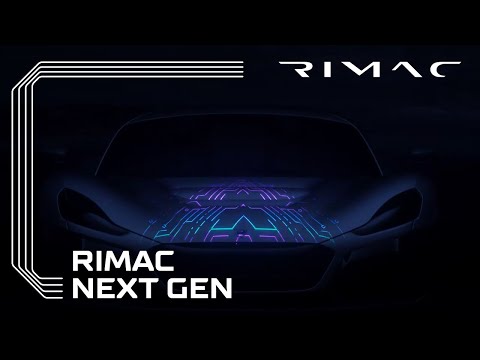