The guys at Rimac preferred to spend more on development and design than on branding, and called their first production model the Concept_One.

While the name is a bit confusing, as it is a production model, the specs of this vehicle will blow you away. It will achieve this silently, as the Rimac Concept One is an electric hypercar. The design of this model is also worthy of the exclusive sports car category placed above "regular" supercars.

The Concept One features four permanent magnet electric motors, one for each wheel, and each with a gearbox of its own. The gearboxes on the front axle are single-speed units, while the ones on the rear axle are twin-clutch two-speed units.

The electric motors are located in the center of both axles and develop a total of 1,088 HP and 1,600 Nm (1,180 lb-ft) of torque. Naturally, the electric hypercar features an advanced all-wheel-drive system with torque vectoring.

The torque vectoring system is called R-AWTV and also works as ABS, traction control, stability control, and supports regenerative braking of up to 400 kW. Naturally, the car has a hydraulic braking system, which operates with carbon-ceramic parts.

Even without the conventional brakes, the Concept One is capable of a deceleration of up to 0.6 g. The R-AWTV system was developed with the help of Pikes Peak legend Nobuhiro “Monster” Tajima, who raced an electric car powered by Rimac technology. The dynamic torque vectoring system can be completely turned off, and the driver gets to choose from four driving modes that range from comfort to track and drift mode.

On the interior, the two-seat hypercar features an in-house designed and built infotainment system. All the physical buttons are machined from billet aluminum, while other features are controlled through the touch screen interface of the bespoke multimedia unit. The latter has a 4G LTE internet connection, its own Cloud, and uses information from over 500 sensors to provide the ultimate driving experience.

The battery pack of this vehicle develops 1,000 kW of power during acceleration and is capable of absorbing up to 400 kW in regenerative braking phase. Thanks to an industry-unique thermal management system, the battery has a low-resistance conductive system and works very well in various temperature ranges. The battery has 8,450 individually controlled cells and promises long-term performance.

Rimac Automobili will only make eight Concept One units. The price of the electric hyper car from Croatia has not been specified, but we expect it to be worthy of its hypercar designation. 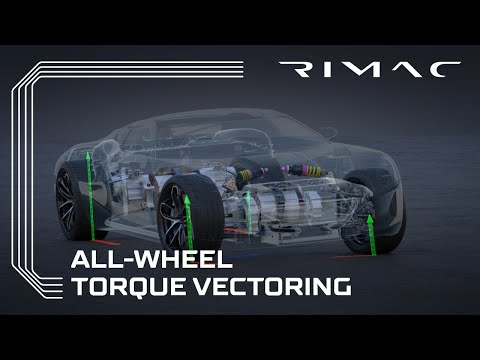