Right Now, I'd Rather Have a Mercedes-AMG G 63 4x4 Squared Than Other SUVs

There is massive talk about the steep difference between the automakers' strategy from just a few years back and today’s profit-nabbing galore toward everything crossover, SUV, and truck-based. Alas, if we are to conform and adhere to these new, unwritten rules, why not take home something cool?

While there are a huge bunch of little crossover SUVs that reside on the cheap side of the equation – such as Hyundai’s pocket-sized Venue (it has a $19k starting MSRP for the 2022MY), I am not going to refrain from spending big because this is an entirely hypothetical discussion.

And I am also not going to join the truck fan base (not on this occasion, at least) because over there a decision is simpler than ever – just hedge all your bets and secure an EV like the F-150 Lightning, for example, if you only haul on rare occasions and the rest is family business and commutes.

Instead, I want to talk about the middle portion of the crossover, SUV, and truck love exhibited by the automotive industry. Well, sport utility vehicles may be in the middle, but let us just head toward the flagship category and imagine that huge spending money is no longer an issue. This is because, finally, there is a third niche that just got opened across the ultra-luxury SUV stratosphere.

Yes, I am highlighting the apparition of the 2023 Mercedes-AMG G 63 4x4 Squared (the all-new W463A iteration, of course) as a necessary source of traditional dune-bashing, rock-crawling, and mud-faring 4x4 baller comfort in the face of high Rolls-Royce Cullinan ultra-luxury and Lambo Urus super-SUV adversity.

Sure, there are not a lot of details regarding the actual capabilities of this off-road hoot at the time of writing, but one thing is for certain: you can use this as your Italian Opera ride and then just (I almost said swipe) turn right and reach your destination via a straight line, no matter the terrain you are going to encounter. Sure, I was exaggerating, as even this G 63 4x4 Squared will not play along nicely with city skyscrapers and whatnot, but you get the point. Or, perhaps, not – so let me explain.

Let us take the posh Cullinan for example, which has turned into the darling of the American aftermarket society and seems like no one will get enough of it anytime soon. I think that while it is not a case of badge engineering like the Bentley Bentayga, this Rolls is still way too awkward from a design standpoint to just accept that it rules undefeated and be done with a custom unit for your garage. Sure, the 2023 Mercedes-AMG G 63 4x4 Squared may be equally bulky and – well, squared – but that has been the gist of having a G-Class around since the late 1970s.

Thus, you have massive off-road capabilities plus a huge legacy, against suicide doors and Black Badges. Sorry, that is not enough for me – and I also bet the new G 63 version is also going to be a tad more exotic in terms of actual sales, so it also earns collectability points. As for the Lambo Urus, which is going to face an uphill battle in the face of the upcoming Ferrari Purosangue naturally aspirated V12 apparition (though, only since September, when it will be officially unveiled), there is nothing you can do against its super-SUV capabilities.

Alas, I would have the G 63 Squared today, play with it for a few months to a year everywhere I can – from Alaska to Florida – and then perhaps contemplate the possibility of a change. And believe it or not, the choice would be to buy a Urus Evo, at least considering that Lambo does the smart thing and gives us an impressively full-of-changes facelift when it is finally time to update this supercar slash crossover. Hopefully… 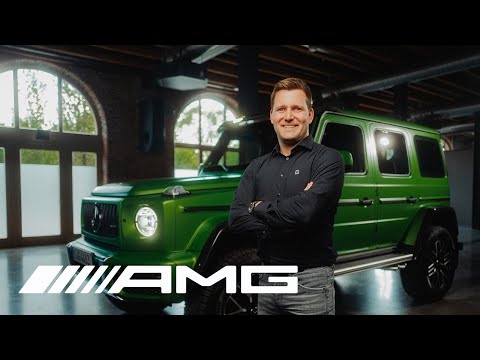