3 Tesla Model S Is Faster Than a Renault Zoe, But Does Anybody Care?

Ride in the Tesla Roadster II as It Goes Full PLAID

In case you missed it, Tesla just dropped the bomb by revealing the prototype for its second-gen Roadster model, and it's even more revolutionary than anyone would have dreamt.
10 photos

It essentially breaks all the records you can think of for a production vehicle, electric or otherwise (assuming it reaches production, of course). It has a sub 2-second 0-60 mph acceleration time and it covers the standing quarter-mile in under nine seconds. It also gets a top speed of "over" 250 mph (400 km/h) and a maximum range of - you might want to sit down - 620 miles (1,000 km).

If any other company, not to mention a startup, came out with these numbers, we would be shaking our heads in disbelief and raising our eyebrow to the ceiling. But it's Tesla, so despite all the company's shortcoming when it comes to meeting its deadlines, you tend to believe it's capable of doing it.

Especially since it had a working prototype already that it brought on the stage at the Semi event as that little special extra. We're not sure if that was the entire idea (we can't see why it would have been), but it seems like the sports car stole the show from the electric truck for anyone who wasn't in the trucking business.

What the presentation video doesn't show you - but the guys at Electrek recorded and posted on their YouTube channel - is the passenger rides that some of the public was given in the new car. The quality is shady - we would have preferred HD over 360-degrees, but we don't get to chose - but the sense of speed is there.

The Roadster II technically lost the moral right to use that name (it's all-wheel-drive and has four seats, after all), but when you see the central screen display the Space Balls Plaid Mode whenever the 10,000 Nm (7,375 lb-ft) car accelerates to its full capacity, you'll be calling it "Oh My God" regardless of its true name.

Tesla was clever enough to install a series of lit arches for the Roadster II to pass underneath which could only augment the sensations. It's hard to tell whether the prototype actually hits 60 mph in 1.9 seconds, but it's definitely fast. And Elon Musk said these numbers are only accurate for the "base version," suggesting there's more to come. The Roadster II is scheduled to start production in 2020, but until then have a look below at what it can do already. 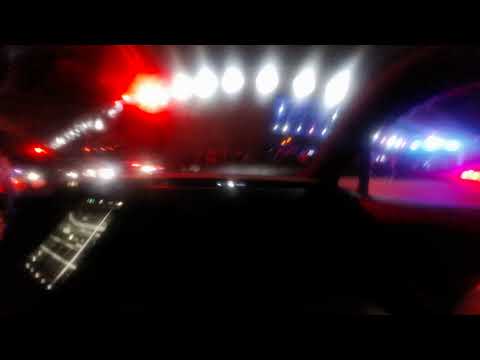