Ride In the Craziest Taxi Ever, Drugs Not Included Though

Home > News > U-turn
Gabriel Brindusescu
Riding a cab can sometimes get really boring, especially at rush hour, but you’ll probably beg for a traffic jam while taking a trip in this crazy taxi that will make your senses go crazy.
5 photos

It’s called the Ultimate Taxi, it’s the brightest, loudest car you can meet at night and it can be found on the streets of Aspen, Colorado, usually having Jon Barnes behind the wheel, who thinks his cab is an extension of his explosive mind.

The story begun with Jon buying a second hand Checker Marathon and starting its new job as a taxi driver. He kinda’ liked it at first but it quickly became boring. One day, he took along a keyboard to play some music while waiting for the next fare.

Being quite a multitasking man, Jon also started to play the keyboard for his clients and from that point he started to gradually enhance the show with multicolored lights, lasers, smoke machines and simulations played on a screen. He also started to perform magic tricks to really make the ride special.

However, since he started to provide such a show, a ride is set to take around 45 minutes, with the group fare set at around $200. Don’t worry though, he usually drives at very low speeds when performing the tricks or playing the digital piano.

What you should be afraid of is the fact that Jon’s 1978 cab is getting too old to be used. However, the man plans to create a new one, more suited for the 21st century and you can help him do that on his Kickstarter campaign here. 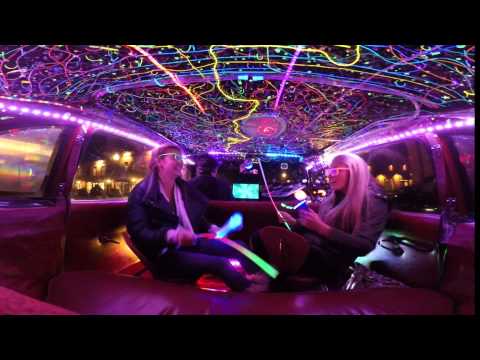