4 Rick Ross Reveals an Armored Vehicle for His Upcoming Car Show, It Has Louis Vuitton Seats

5 Rick Ross May Have a Huge Car Collection, But He Drives a Skid Loader, Does Housework
Car video reviews:
Coverstory

This weekend marks his first-ever car and bike show The Promise Land, held at his mansion slash compound The Promise Land in Fayetteville, Georgia, Atlanta. Rick Ross’ taste in fashion and obvious flexing might not be to everyone’s liking, especially since he’s prone to do a lot of the latter on social media, but there’s no denying that the guy is crazy about cars.

Custom, vintage, restomods, big trucks, flashy supercars, and everything in between can be found in Ross’ garage, which is counts over 100 vehicles and is actually spread out at various locations for ease of use and security reasons. Many of these rides are at The Promise Land mansion, and he often shows them off on his Instagram. The Promise Land was then the perfect place for him to launch his own car and bike show, which also bears the same name.

On Friday, Ross spoke to TMZ (video below) about what paying attendees should expect. The show would be a “youth fair” with gorgeous rides, good food and live music, as well as a competition for best in show, which would see the winners walk home with diamond key chains as prizes. Ross himself wouldn’t take part in the competition, but he did polish many of his cars and put them on display. He was also open to the idea of buying cars, if he saw any that he liked in particular.

Attendees will be a who’s who list from Atlanta and Miami showbiz, and collectors from all corners of the world. The show kicked off on Saturday, May 21, and is ongoing as of the time of press. As expected, Ross (and his team) made time to post about it on social media, offering those who either didn’t get the chance to buy a ticket or skimped out on one the chance to look at some of the rides.

Since Rick Ross wants to turn The Promise Land into an annual event, expect more coverage and assorted news to come out of it before it wraps up. If Ross does buy a car, you’ll also find out about it here on autoevolution. 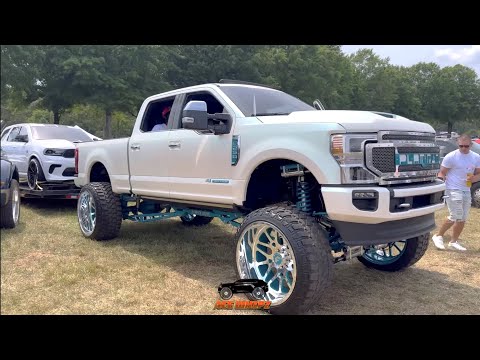 Editor's note: Photos in the gallery show some of Rick Ross' cars.