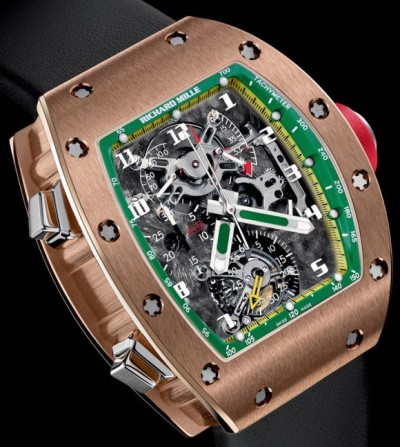 According to Luxist, the previous model, the RM 004-V2 was produced in an edition of 40 pieces, while the aforementioned model is limited to only 10 pieces.

It was back in 2004 that Felipe Massa drove in a Grad Prix race with a Richard Mille tourbillon watch on his wrist, the RM 006 model.

This watch was first to use a carbon nanofiber baseplate, designed to resist the highly powerful vibrations experienced during a F1 Grand Prix race. It was its success that opened the production of a series of fine watches dedicated to the F1 area.

The two new Felipe Massa limited editions manual winding watches are both equipped with the nanofiber baseplate and with a split-seconds mechanism. 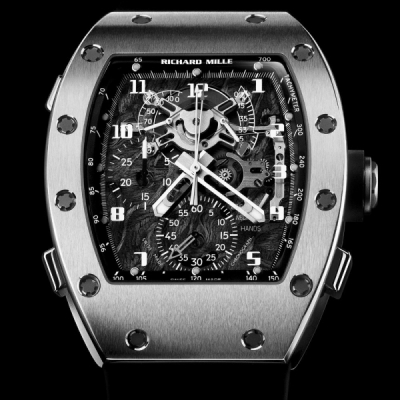 However, the Brazilian style model is also combined with a tourbillon escapement. The split-seconds mechanism is optimized through the virtually complete eradication of the jumping of the chronograph hands when starting and stopping.

Both models have handmade finishing, respecting the traditions of Swiss watchmaking. Having totally ergonomic cases, they are fully adapted to the most intensive environments, including being on Felipe Massa’s wrist at a F1 Grand Prix race. Unfortunately, there is no word about the pricing yet, but we will keep you posted.