2 Chinese MINI Clone to Be Produced in Russia 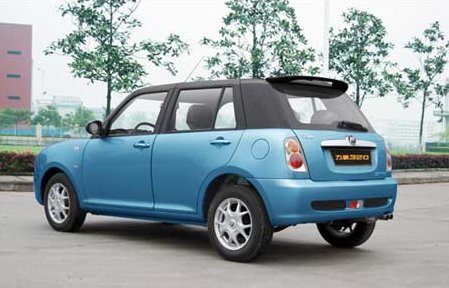 Considered to be an efficient method for reducing emissions and improving fuel efficiency, engine downsizing is becoming the little black dress in any automaker’s closet. So is the case with China’s Lifan Automobile Group, who has recently partnered with Ricardo for the development of highly downsized gasoline engines.

In fact, the new family of engines should be capable of meeting future Chinese and international fuel economy and emissions regulations.

Under the terms of the deal, two new engines will be developed based on a common 1.2L capacity platform offering a competitive balance of performance, fuel economy, manufacturing cost and weight.

A ‘mid-boost’ direct injection (DI) gasoline engine variant of the engine will be developed to replace current Lifan products in the 1.5L to 1.8L range of naturally aspirated engines, while a premium ‘hi-boost’ DI version will provide even greater levels of downsizing by replacing products of up to 2.0L capacity. Engineered to meet China Stage III fuel economy regulations they will also conform to Euro 5 emissions regulations while offering internationally competitive standards of performance and refinement.

“The project announced today will see us work together to create two highly competitive downsized DI engines conforming to the latest in emissions and fuel economy regulations while delivering levels of performance and refinement expected of world-class products. This new project builds upon our already very positive and long-standing collaboration with Lifan and is a further demonstration of the growing presence of Ricardo in the Chinese market,” stated Simon P Stevens, president of Ricardo Shanghai, on the new contract with Lifan.