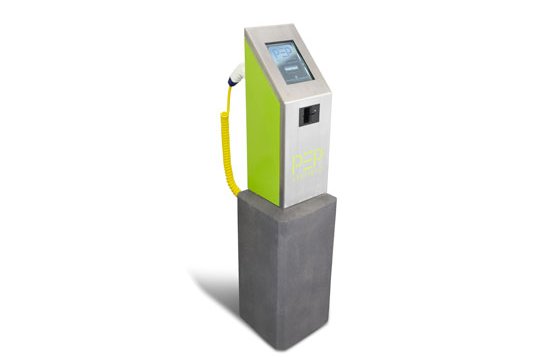 First unveiled at the 2010 North American International Auto Show (NAIAS) in January, the new electric vehicle charging station from Ricardo and PEP Stations will also be present at this years NYIAS event. The two companies will offer live demonstrations of the ‘pay at the plug’ station to the show’s visitors.

The pavilion will feature an indoor ride-and-drive test track and will show how drivers of electric vehicles can access electricity via an access card or credit card just like today's conventional fuel pumps.

"The first question most people ask when they begin to toy with the idea of owning an electric vehicle is, 'How much will I save in gas?'" PEP Stations President James Blain, said in a release. "Equally as important as the first question, the second question is, 'Where will I charge my vehicle?' That's where we come in."

The new PEP Stations, which allow two vehicles to be charged simultaneously, are aimed at building a solid charging infrastructure as the electric-vehicle market begins to grow. Each one features a reinforced concrete base, a touch-screen interface and a built-in point-of-sale terminal, which makes it the most durable and user-friendly charge station available.

All stations will be centrally monitored and have communication capabilities to allow for diagnostic reporting, software updates and custom advertising/graphic display updates via the LCD screen.

The PEP Station has been developed to complement the release of electric vehicles in the second half of 2010. Production units will include a wall-mount version and will be available at the beginning of the fourth quarter 2010.