Rhino vs. Range Rover: The Ultimate Clash of Titans!

The other night, as the mind wondered about the latest German performance cars, my TV accidentally stayed on National Geographic a bit too long. A show about rhinos was on and the narrator was talking about a newborn baby, saying how unbelievable it was that one day it would become a massive bull weighing over 2 tons.
1 photo
2 tons? Is that a lot? The average German saloon weighs that much and most large SUVs like the Audi Q7, the BMW X5 and especially the Range Rover and the G-Wagon easily top that. Which got me thinking… how does the titan of Africa stack up against say a Range Rover, the vehicle most people think of when you say "large SUV"?

The white rhino is definitely a giant, weighing in at a maximum of 2,700 kilograms. That's not a lot though, not when the lightest range Rover 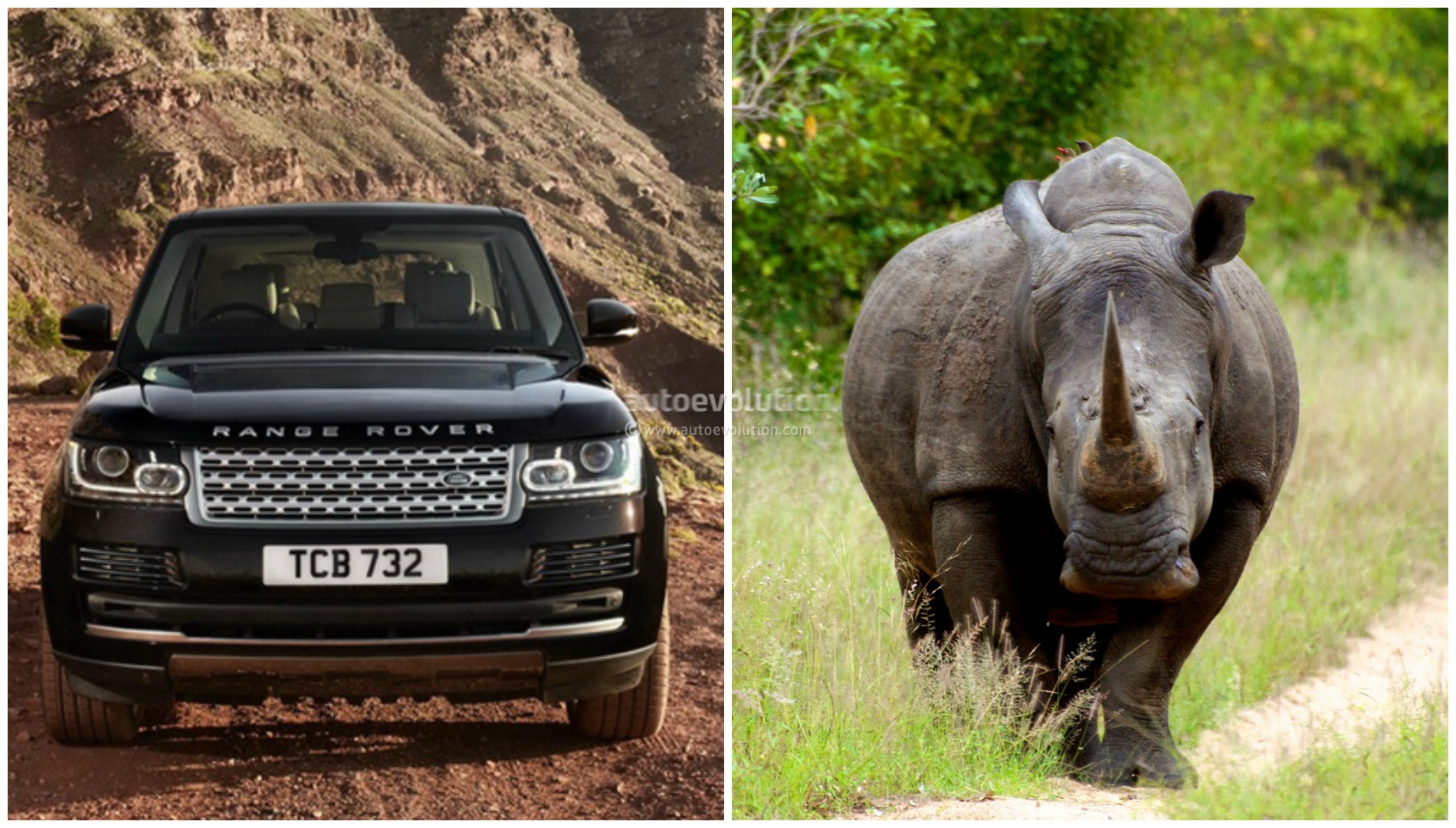 tips the scales at 2,580 kilograms, a Supercharged model being even heavier at 2,710 kilograms. That's right, a fully grown African killing machine is lighter than the British SUV every football player seems to own!

From toe to the top of its shoulders, the white rhino is only 1.8 meters, compared to a Range Rover which is 1.835 meters. Meanwhile, a full-grown bull's length is about 5 meters, including the outstretched head, almost exactly the same as a Range Rover (4.998 meters).

Everybody says the rhino is powerful enough to overturn a truck with its horn, but has it hot 510 horsepower? I don't think so. Maybe 510 anemic-zebrapower… at best. It's not particularly smart either! Its ancestors have been around for a couple-million years, but in that time all they've done is gone extinct. By comparison, the Range Rover is only in its fourth generation and has already evolved into the ultimate vehicle of the premier league car park food chain.

If you want to brush up on your rhino knowledge or just want to insult us on our bad fact-checking, check out the Rhino Fact Sheet below, courtesy of the International Rhino Foundation.