1 Serial 1 Drops Another Limited-Edition Model, the First Electric MTB in Its Lineup

2 Vanpowers Is About To Drop One of the Most Disruptive E-Bikes Ever, and It's Super Cheap

5 Sturdy, Moped-Style Gemini X Bike Promises a Load Capacity of 400 Lb and 80 Miles of Range
Car video reviews:
Up Next

Since I began my journey here at autoevolution, I've seen an endless array of machines. Somehow, manufacturers still manage to surprise me, and one crew that does that is Envo, with their modular Flex lineup.

Folks, I thought I had seen it all until an e-mail in my inbox showed me the works of a crew known as Envo, an urban and micro-mobility provider that seems to have been coasting under the radar. If you haven't heard of this crew, let me point out that it saw its beginnings in 2015, but the ideas that sprang forth that year have been in the works for much longer than that.

Over the years and rigorous R&D filled with passion, Envo began to unleash an array of vehicles designed to do things differently. From e-bikes to snowmobile conversion kits and even electric water bikes, they do it all. Naturally, it was time to create a machine that could cover all three terrains (road, snow, water). This brings us to the Flex.

What Envo aimed to achieve with Flex is "a common platform of frames engineered that can be converted from one riding application to another." I think that should be clear enough about what's going on here. If it isn't, the Flex is a frame design that can be adapted to an array of activities driven by swappable components.

Why create something like this? Simple: to offer owners the ability to use just one vehicle for performing an array of activities. Now, let's say you want in on this action. Well, you'll have the ability to purchase one of four ready-to-rock options: Overland, Snowbike, Urban, and Trike. Each one is already tuned for a particular use and terrain.

Let's say you grab yourself an Overland edition, the strongest and beefiest of the bunch. Let's say summer is over and you're done rocking your ride with a 1,000-watt motor, racks to carry groceries and gear, and a foldable frame. When the time comes, throw on a Snowbike conversion kit, and romp through the snow. That switch will run you $2,800 (€2,600 at current exchange rates), on top of the $3,400 (€3,200) you already dropped on the Overland. We're looking at a rate of over $6,000 (€5,600).

If you want to lower the price of your all-season setup, you can grab a Flex Urban and pay around $2,800 (€2,600). But you'll be getting a 500-watt motor with this EV. Come winter, the same process you read about above is to be undertaken. The same holds true for the Trike option. Speaking of the Trike, it's the machine meant for folks who are always on the go and need to carry larger loads. Maybe you're a painter, architect, or just have lots of groceries to carry this time around; the Trike is for that.

Diving deeper, it also looks like Envo plans on taking over the urban mobility market. Not only are these foldable frames suitable for numerous cargo racks, equipped with lighting, and suitable for large loads, but they're able to be equipped with an additional battery. With another pack, some of these puppies display a range of 124 miles (200 kilometers). That's huge! Speaking of huge, you no longer need to be a svelte athlete to enjoy the pleasure of an EV like these; they are rated for 400 pounds (181 kilograms) of payload.

All that sounds really neat, but you would be dishing out some serious cash for this all-season machine if you want the whole package. Still, if you're looking for an EV that can do things your friend's e-bikes can't do, the Flex lifestyle may just be for you. Just a little something-something to consider for this year. 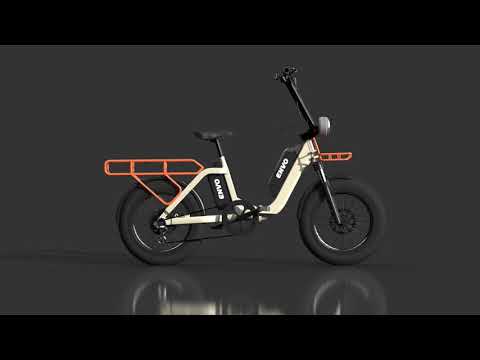 Editor's note: This article was not sponsored or supported by a third-party.
The image gallery includes all variations of the Flex platform.