2 VW ID. Buzz Rendered Based on Official Sketch, Looks Like It Should Be Scared of SUVs

5 Your Ford Capri Is Nowhere Near as Fast as This RS2600 Homologation Special
Car video reviews:
Up Next

China has been for years a major draw to global automakers. As of late, though, it seems that brands like Buick or Lincoln are faring way better there than at home in the U.S. And Ford wants a piece of the sales action pie.
19 photos

As such, while certain nameplates have already bowed out or are slowly dying in the United States or across the Old Continent, they still thrive on Chinese soil. For example, America’s Fusion is no more. But over in China it already has a couple of spiritual successors, the crossover-like Evos and the all-new 2022 Mondeo.

Ready to rival its internal sibling, the equally all-new 2022 Lincoln Zephyr, this new mid-size car is a decidedly cool and stylish affair when compared to the deceased Fusion and the outgoing Euro-spec Mondeo. This naturally gave the automotive world's virtual artists some neat, quick-thinking ideas.

Among the first to come up with a digital project based on the Chinese-exclusive Mondeo is the pixel master better known as Theottle on social media. He quickly came up with a Mondeo Coupe idea. But that would be too plain and obvious, naturally. So, in expert CGI fashion, he also added a twist. And voila, the stylish two-door that resulted morphed into a digital revival of Ford’s iconic Capri nameplate.

The artist mentions that Mondeo’s China-only styling gets a hall pass in his virtual design school, albeit with a few changes. So, after deciding not to call it a Mondeo Coupe, the resulting two-door has been redubbed as a modern spiritual successor to Ford’s Capri line. And it did not come with just the name.

It also arrives on our digital screens with a careful homage to the original European fastback coupe designed by the iconic Philip T. Clark, the OG Mustang’s influencer. As such, instead of Mondeo’s C-pillar treatment, the reinvented Capri has a curved, semi-circular style. And we dig it. Too bad it’s merely wishful thinking... 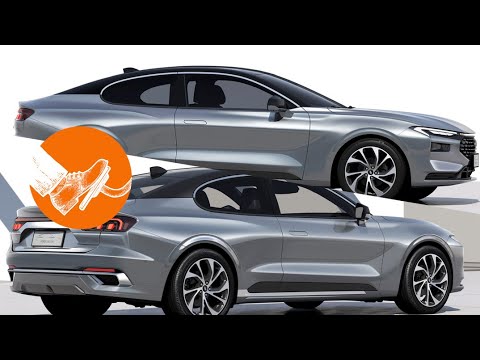