1 Rolls-Royce Starts Making UF001, and That’s a New Engine, Not a Saucer

5 This Is How the Low Mode Heightens the Driving Experience of a Rolls-Royce
Car video reviews:
Coverstory

To make sure we start this off on the right page, we'll briefly go over who Frank Stephenson is (though you clicking on this story pretty much proves you already know) and why his opinion matters.
28 photos

He's the designer entrusted with the rebirth of the MINI brand, with the styling of BMW's first SUV (the original X5), the modern reinterpretation of FIAT's classic 500 model or the design of the first-ever McLaren that was conceived 100% in-house (the MP4-12C). On top of that, he also penned a few Maserati and Ferrari models (including the F430), all arguably culminating with the sublime McLaren P1.

We did say "briefly," but when the man is connected with such a huge part of the automotive history, even that takes a long time. Anyway, the one thing we should come away with from the previous paragraph is that he has the credentials needed to critique somebody else's designs, almost regardless of who that other person is.

That's even truer in this case when the car in question is actually a custom job made by admittedly one of the most renowned outlets in the world, West Coast Customs. However, even by their standards, this has got to be a peculiar build, but that's what happens when there are no financial limitations. The only ceiling is dictated by the client's expectations and the designer's imagination.

Before he gets into any detail, Frank is quick to point out the obvious commonality of today's car design and how that can only encourage people with the economic means to customize their vehicles. He also displays the professional courtesy of giving West Coast Customs' Ryan Friedlinghaus a shoutout and telling him he appreciates his work. You know, just before he rips one of his creations to pieces. But let's not spoil things.

If you ask us, the only reason why we even have the "Uriel" is because Justin Bieber wanted the 103EX concept, and Rolls-Royce said "no". Luckily for the Canadian singer, he found a way around it: have a regular Wraith converted into it. However, based on what they teach in design school, the result isn't within parameters. Then again, the fact there are no restrictions is the main charm of a custom-built car, and that's something Frank can appreciate even if he doesn't particularly agree with every (or most) decision made in designing the Uriel. You can listen to his entire take on the unique Rolls-Royce in the clip below. 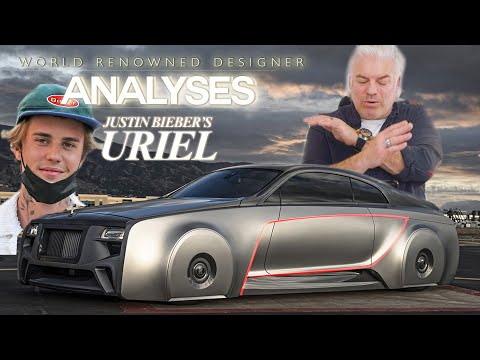