We’ve talked about some very old wooden ships before, whether original or replicas, but this one might just be the oldest one yet. The shipwreck of an ancient vessel was used to create a replica that helped historians learn more about the unique skills of ancient mariners making their way across the Mediterranean.

Researchers Sailed the Replica of a 2,000-Year-Old Ship to Solve Ancient Sailing Enigmas

It’s almost impossible for us to imagine the hurdles that ancient mariners faced when sailing their wooden ships. Not only was there no technology available, but the sails back then were fixed, so they couldn’t be set at different angles. This left vessels highly vulnerable in front of the powerful winds that made the Mediterranean particularly difficult to cross during the summer.

A researcher from the University of Haifa, Israel, wanted to study the mystery of how mariners in those times managed to get their sailing ships loaded with cargo from the East back to Rome. This meant carrying out a challenging windward journey, he told Stars and Stripes.

For his research, David Gal, a PhD candidate who had previously served as a pilot in the Israeli Air Force for 20 years, needed to study the weather and needed a vessel similar to the ancient ones. This complex project took years, but the results were finally published this summer in the Journal of Archaeological Method and Theory.

It all started with the discovery of a shipwreck off the coast of Israel, back in 1985. The Ma‘agan Mikhael ship was dated to 400 BC, which makes it more than 2,400 years old. It took several years for the Leon Recanati Institute for Maritime Studies at the University of Haifa to excavate it.

Luckily, a pretty big part of the hull, made from a species of Pine (Pinus brutia) native to the eastern Mediterranean region, survived. The reassembled shipwreck was then exhibited at the Hecht Museum, at the University of Haifa.

But it was also used to build a full-scale replica. The latest technology, including computer-aided design and model building, was used to recreate a vessel that was thousands of years old. This is how the Ma‘agan Mikhael II was born, in March 2017.

It was 16.6 meters (54.4 feet) long, with a single mast carrying a single square sail. After the Ministry of Transport deemed it seaworthy, it set off on a maiden voyage in Haifa Bay.

One year later, after several other trips that served as practice, the Ma’agan Mikhael II replica ship embarked on a trip to Cyprus, during November. This was part of the research project studying how the ancient mariners were able to return from what was known back then as the Levant to Cyprus and Greece.

The greatest success was in replicating the conditions of “the practical sailing and navigation of an ancient ship,” according to the Leon Recanati Institute for Maritime Studies and Department of Maritime Civilizations. This was the first project of its kind in Israel and one of the few worldwide.

Back to David Gal, he discovered that ancient sailors had to learn when “brief reverses in wind patterns” were coming and used those short windows to sail back to Rome. Plus, the extensive data, which he collected and compared led him to conclude that wind patterns and those particular breeze cycles have stayed basically the same over thousands of years, unchanged to this day.

While the highly-advanced technology of our times is making things much easier for modern navigation, Gal confirms that “It took tremendous expertise to do what they did back then.” 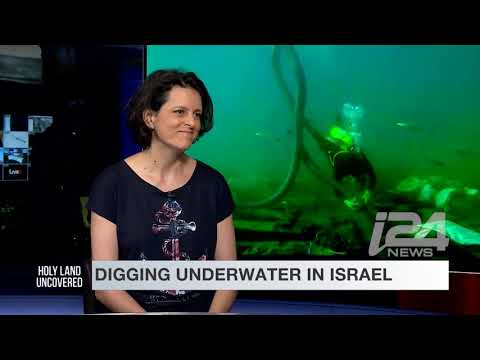