3 2021 Audi A3 Fails Moose Test, Understeers and Eats Some Cones

4 Kia e-Soul Struggles in Moose Test Because of Weight, Tortures Its Tires

The second best-selling EV in Europe after the Model 3, the Zoe can definitely hold its own in the moose test. Be that as it may, the weight of those battery cells also translates to aggressive ESC intervention.
39 photos

First time out on the track at 74 kilometers per hour (46 miles per hour), the ESC activates at the exit of the second series of cones, keeping the Zoe out of trouble. By increasing the speed to 76 kph (47 mph), the safety system activates at the entrance of the second series of cones because there are greater forces at play, translating to a more tail-happy maneuver.

The driver reports that he was able to control the steering despite the interference from the ESC, but that can’t be said about the final moose test. Turning hard left, right, and left again at 80 kph (50 mph) unsettled the rear end so badly that the Zoe made contact with two cones while oversteering. Alas, physics can’t be completely harnessed by a well-tuned driving aid.

When all is said and done, Renault never intended to create a great-handling car with the Zoe. Right off the bat, the subcompact hatchback was engineered to provide a fair amount of driving range in relative comfort and safety. You could also make a point about affordability thanks to a starting price of €32,300 before the French government’s ecological bonus of €7,000. In other words, the entry-level version retails at $30,700 at current exchange rates or $133 per month if you lease the cutesy lil’ EV.

Don’t think for a moment that you’re missing a lot by opting for the most affordable trim level of them all. Over in France, the Zoe in Life specification offers full-LED headlights and daytime running lights, heated and electric side mirrors, the Easy Link 7" infotainment system, automatic windshield wipers, cruise control, speed limiter, and manual air conditioning. Driving range isn’t too shabby either at 395 kilometers (245 miles) on the combined cycle. 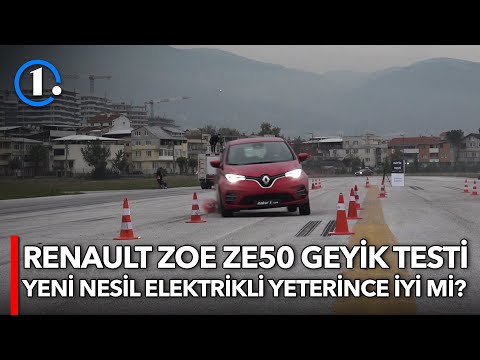