3 The Pros And Cons of the Dacia Spring, Europe's Cheapest EV

4 2021 Dacia Spring Electric Raises Great Expectations. How Is It, Really?

EuroNCAP has published the results of its latest test session, which is the last for 2021. The poorest results were obtained by the Renault Zoe and Dacia Spring. While the Spring managed to get a one-star rating, Zoe got zero.

This story will focus on the results of the Spring and Zoe, while the other nine vehicles that received EuroNCAP assessments will be detailed separately. As you can imagine, we chose to focus on the two models made by the Renault Group because they had the lowest ratings in the entire session.

EuroNCAP had a field day with the French conglomerate, as they criticized Renault for "ruining the legacy of the Laguna," which is the model that was the first to obtain five stars in EuroNCAP tests back in 2001.

The first thing we need to clarify is the fact that EuroNCAP crashworthiness tests have become stricter over the years, and the way that vehicles are graded, as well as the things that earn extra points or lead to a lower classification, have changed since the organization exists. Progress is normal and expected, especially in crash testing.

Since humans cannot evolve to become more resistant to injury in the event of an accident, the vehicles they use must become as safe as possible. Thanks to organizations like EuroNCAP, NHTSA, and IIHS, their ever-increasing requirements, and the laws that get changed in most states to require safer vehicles, we now have the safest vehicles ever.

Unfortunately, not all new vehicles are equal when safety is concerned, as these tests show. Furthermore, these tests may not always reflect the safety of a vehicle in the event of an accident, as there are cases where people have survived even high-speed accidents without severe injury, but those are exceptions, rather than rules.

In other words, just because a vehicle has a five-star crash test rating, it does not mean that its occupants are as safe as they can be, or that nobody could die in it in case of an accident. It does mean that a vehicle with fewer than five stars is not as safe (in its category – not directly comparable) when compared to a model that has obtained five stars from the same organization when following the same crashworthiness criteria.

Just as important is the fact that not all vehicles that get a five-star safety rating are equally safe, or that not all vehicles that get fewer than five stars are equally unsafe. Each vehicle has its weak points and its strong points, and each accident is different. You should also take into account the fact that these ratings get stricter and stricter over the years, so a vehicle that was tested a few years ago and got four or five stars might not get the same score today.

In the case of EuroNCAP, the organization tests each vehicle's passive and active safety. The former means what happens during and after a crash, while the latter is what is done to prevent or mitigate an accident. Airbags, crumple zones, and everything else meant to absorb the force of an impact are linked to passive safety.

Automated braking systems, electronic stability control, and other electronic safety technologies fit into the active safety area. There is also a separate category for pedestrian safety, which is equally important from EuroNCAP's point of view.

According to the organization's grading system, a vehicle that has poor pedestrian protection will not be able to obtain a five-star rating, no matter how good the rest of it is when protecting its occupants is concerned.

The same applies to driver assistance systems (or lack thereof), as well as their behavior, as EuroNCAP also tests that aspect. With all that into account, if a vehicle has a poor result at one of those three main pillars, its overall score will be dramatically affected.

After covering the basics in the most simplified form, let us take a look at the Renault Zoe's score. It obtained a zero-star rating in 2021, while its predecessor (a pre-facelift model) obtained five stars in 2013. If someone asked you which is safest after reading all the above, what would you reply? The correct answer is that they cannot be directly compared just from their EuroNCAP ratings alone, as these were obtained using different testing criteria.

Renault was criticized by EuroNCAP for "not upgrading the safety level of a vehicle that is kept in production." As the organization noted, the seat-mounted side airbag, which protected the head and thorax in the previous model, was replaced by a thorax-only airbag. That is not good news, mind you.

The latter move was described as a "degradation in occupant protection." Because of that shift in safety, as well as a lack of "meaningful crash avoidance technology," and "poor vulnerable road user protection," and all those "disqualify it for any stars."

EuroNCAP did not have too many nice words to say about the Dacia either, as they quoted a story from Autocar where representatives of the brand claimed that they were preoccupied with "always increasing safety for those on board."

EuroNCAP goes on to underline that "that's clearly not the case," and explain their position by their findings that those vehicles "fail to offer any appreciable active safety as standard, but their occupant protection is also worse than any vehicle we have seen in many years." The Spring's relation to the K-ZE is not seen in a positive light.

It is clear that EuroNCAP is not satisfied with the results, and adds that "it is cynical to offer the consumer an affordable green car if it comes at the price of higher injury risk in the event of an accident."

Michael van Ratingen, Secretary-General of EuroNCAP, went on to say that "other cars, such as the Fiat 500e, recently awarded 5 stars in Green NCAP, show that safety does not need to be sacrificed for environmental cleanliness." We should point out that there is a significant price difference between the Fiat 500e and the Renault Zoe, not to mention the Dacia Spring.

Is this a win for Dacia or a terrible hit for Renault? Not exactly, but it is far from the best possible outcome, as well as not as close as the manufacturers would like from a marginal safety result. The Dacia Spring remains Europe's most affordable new electric vehicle people can buy today, and the Renault Zoe has sold in considerable numbers, and we do not expect that these results will lead to a massive drop in sales going forward. They might shift undecided customers to more expensive vehicles, though.

Another thing that EuroNCAP has underlined is the fact that not all vehicles that were rated in earlier years fared poorly in the new test. Several models are provided as an example, so not all cars that obtained five stars in previous tests are no longer eligible for a five-star rating, but it does depend on each model. 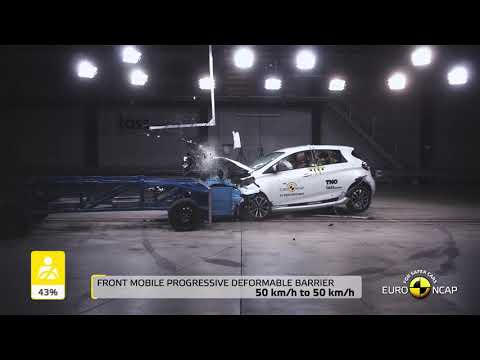 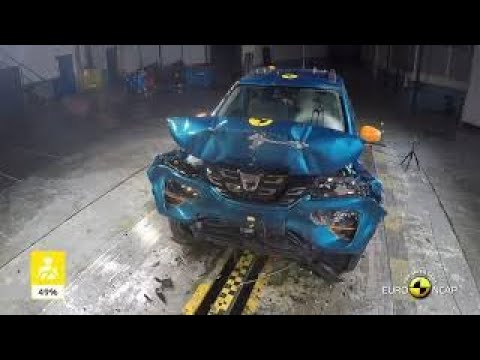 The Rolls-Royce Cullinan – Inspired by Fashion: Bespoke Specifications for Eclectic TastesSee all coverstories