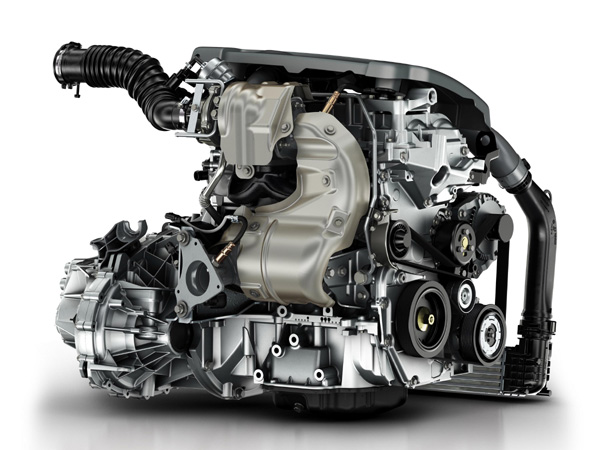 The TCe 130 turbocharged powerplant is the result of two years of research and development efforts. The TCe comes as a result of the Renault-Nissan's strategy of creating smaller engines, without minimazing power.

The TCe develops 130 horsepower, the equivalent of a bigger, 1.8l engine. The torque of the new unit matches that of a 2.0l engine, while keeping CO2 emissions levels down to 153g/km, about as much as a 1.6l.

The manufacturer's Megane range will be the beneficiary of the new unit. As part of the alliance, Nissan will also use the engine for its medium-sized models.

Renault spent no less than 42.8 million euros on preparing the factory for the engine's series production. The plant has a capacity of 645 engines a day, the results registered in 2008 (982,332 units manufactured) making Valladolid Renault's second biggest engine plant. The decision to produce the engine in Spain might even help boost morale in an area badly affected by the crisis.

With the imminent introduction of the Euro 6 legislation, petrol engines are poised to become an increasingly attractive proposition. Initially scheduled for launch in 2012, Renault's TCe powerplant range is expected to account for 85 percent of Renault's petrol engine sales in 2015.

The TCe range will also have smaller units, with a cubic capacity of between 0.9 and 1.2 litters. These engines will be available in three and four-cylinder form with power outputs ranging from 65 to 85 kW (90 to 115 hp).