5 2011 Renault Master Officially Revealed
Up Next

Ford Recycling Tires and Soy for Engine Gaskets and Seals 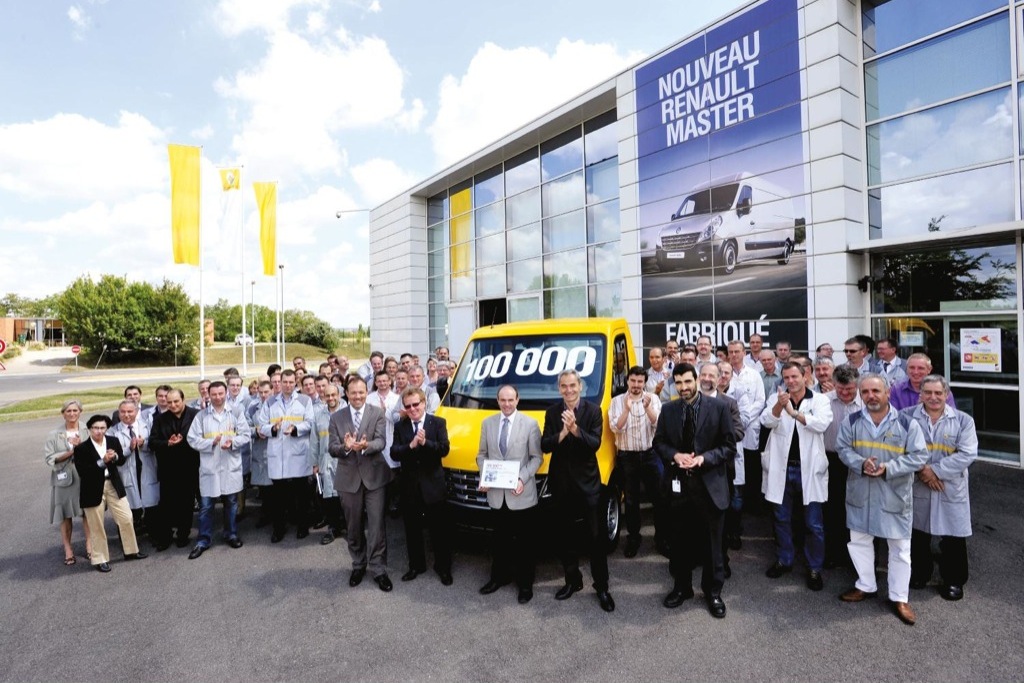 French manufacturer Renault announced today that the 100,000th example of its Master van has rolled off the assembly lines at its SoVAB plant in France. The chassis cab in question was delivered to the Colas Group, who will convert it into a dropside platform.

"We have worked with Renault for some years. Indeed, Renault is a fairly straightforward choice because our activity calls for reliable vehicles which match our needs at the lowest possible price. Renault has always met those requirements. We are convinced that this Master will be even better than its predecessor, which is a vehicle we know very well. Being able to depend on Renault's network is obviously a big plus, too!" explained Philippe Brissonneau, the Group's Equipment Director.

The latest Master is the third generation of Renault's large van, which saw increased orders over the last year. To meet this growing demand the SoVAB plant recruited 90 people during the first half of the year, allowing the factory to run two-and-a-half shifts.Production rates have thus rose and the plant is to reach 600 vehicles per day by the last quarter of 2011.

The brand's 14 per cent share of Europe's big van market up to end-May 2011 represents a rise of two points and 16 per cent over the first five months of 2010.

"All those involved in the project produced a remarkable team effort," said Pierre Monflier, Factory Director. "Their unfailing commitment and motivation enabled us to make all 350 variants of Master available in time. That's an achievement we can be proud of, and our biggest reward is the response of our customers which has resulted in full order books."