Renault Grows Outside Europe According to First-Half Sales 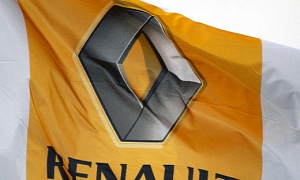 French manufacturer Renault announced a boost in first-half sales helped by the increasing demand of cars and light commercial vehicles which rose with 1.9% outside Europe. Renault, whose group brands also include Renault Samsung Motors and low-cost brand Dacia, said first-half car and light commercial vehicle sales rose to 1.374 million, driven by a strong increase in sales outside Europe.

The share of group vehicles sold outside the region grew 6 percentage points to 40%, heped by Brazil and Russia. The manufacturer’s low-cost brand Dacia and light commercial vehicle sales fell 2.9%, while Renault brand vehicle sales grew 5.7 % in the first half to 1.1 million units and the Samsung Motors cars fell 35.6 %. But Renault had better “luck” in the commercial vehicle degment, where the company saw a rise of 12.7 percent in the first half to 181,559,according to autonews.com

On the second half Renault expects changing trends between Europe and the rest of the world with a 3-4 percent rise to the overall market for 2011 as a whole, on the other side with a  0.-2 dip in Europe.

The manufacturers are heading towards growing markets such as Brazil and India, as sales stagnate in mature regions like Europe, and economic uncertainty and austerity measures threaten consumer spending and market grow.

Renault expects that the company’s problems that were mostly related with the parts suppliers which were not caused by the Japan Tsunami but were a result of the financial crisis, should ease from July.