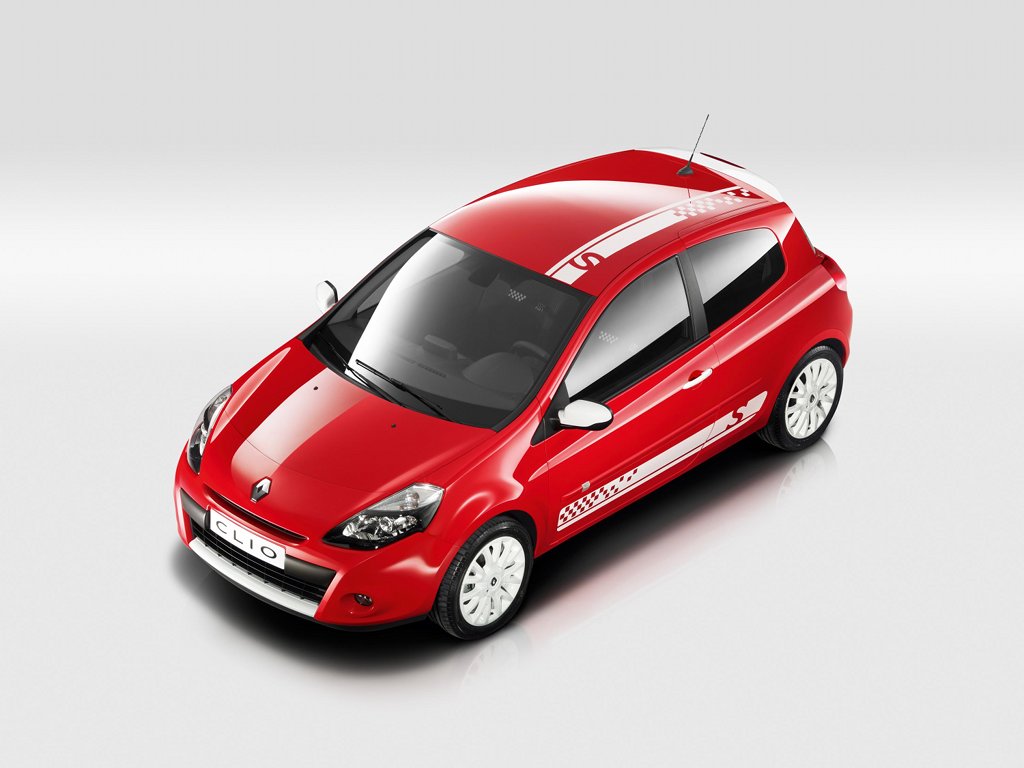 Renault announced that the Clio “S” version will be introduced to multiple markets in 2010.

Like its 1990 predecessor, the Clio S offers a sporty appearance at a competitive price. The car’s main exterior features include 16-inch white alloy rims, white or red exterior mirrors, front bumper insert, rear lip spoiler, extra-tinted rear windows and matching “S’ stripes on the sides and the roof of the car.

The new version is based on the current Expression trim of the Clio and allows customers to choose from four engines and four body colours. The powerplant range comprises of a 1.2 liter 75 HP, the TCe 100 (turbocharged version of the 1.2 liter engine) , a 1.6 liter 128 HP and a 1.5 dCi diesel unit. The Clio S can be ordered in Glacier White, Vif Red, Extreme Blue and Pearlescent Black. The "S" will be available for both three-door and five-door versions of the Clio.

The version has already been introduced to the UK market since January and it will be available in Belgium, Switzerland, Spain and Portugal and in the Nordic countries. Consequently, France will receive it as a package. Outside the European borders, the car will be introduced to the South African, Israeli and Japanese markets.