The world of automobiles is extremely diverse and ever-evolving, with countless innovative car designs driving the industry forward. However, the history of the automotive sector is also littered with some unusual car designs that have elicited many raised eyebrows.

Remembering the Pea Car: An Iconic Promo Car No One Knows Anything About

Some of these designs are bold attempts meant to inspire and revolutionize the industry, while others are made just to appeal to the audience’s sense of fun. One such example is the Pea Car, one of the wackiest automobiles ever created.

You might have never seen or heard of it before, and that’s because it’s not a production car and was never sold to the public. It’s not a CGI special effect or a concept car, either, and only one unit actually exists.

The brainchild of Matt Waller and Dave Monk, a creative duo at advertising agency BBH London, the Pea Car was built by London-based special effects company Asylum. So it was a promo car specifically commissioned for an old TV commercial. The pea-shaped contraption was the star of a Birds Eye peas ad from 2005. For those who don’t know, Birds Eye is a well-known American brand of frozen foods.

Modded into a larger-than-life sweet pea, the car was built on a modified chassis taken from an off-road go-kart and equipped with a Honda engine that endowed it with a top speed of over 60 miles per hour (97 kph), even though it doesn’t have any gears. It flaunts a shiny green body, with a license plate that has the word “Pea” on it.

At first glance, you might be tempted to say that the Pea Car reminisces a Volkswagen vehicle, and that’s because the lights come from a VW Beetle. But that’s the only part the builders used from the German carmaker’s classic.

The unusual design features Lancia indicators, while the wing mirrors have been sourced from a specialist shop. All the other parts were made to order, including the fiberglass body panels.

Weighing in at roughly 1,653 pounds (750 kilograms), the Pea Car was designed to mimic the shape of a pea. And it’s easy to understand why - the car was part of a marketing campaign. It was featured in a veggie commercial meant to remind people in a unique way how important veggies are for their health.

The promo car took a total of six weeks to make and was specifically designed to literally fall apart while it was driving. The car’s pea-shaped bodywork included twelve green-painted panels that were built to come off, such as the sunroof, the doors, the hub caps, the rear bumper, the wing mirror, and the exhaust.

The Birds Eye Peas television advertisement, which aired in December 2005 (you can watch it below), starts with the pea-shaped car driving off a farmer’s field. As it drives down the road, the car’s parts and pieces begin to fly off its chassis. By the time it gets to its destination, it loses all its body parts, and all that is left is the bare chassis.

Afterward, a new Pea Car rolls out from the back of a refrigerated semi-truck from Birds Eye Peas, aiming to illustrate how veggies lose their vitamins from the moment they leave the farmer’s field until people actually eat them and how their peas preserve their nutrients because they are frozen right away.

Despite its quirky and quite unpractical design, the Pea Car appealed to many people who saw it in the ad. Actually, several people wanted to purchase one without realizing it was a one-off stunt car built solely for the commercial.

Not to mention, it wasn’t even legal to drive on public roads. The roads you see in the commercial were closed off to all other traffic during the filming of the ad.

Obviously, a stunt driver drove the Pea Car during the shoot, and they had to be secured inside the car, since the odd gimmick has no working doors.

After fulfilling its role in the commercial, the Pea Car has been put on display in places like the National Motor Museum in the United Kingdom. At the moment, it is said to be on display at the Unilever Ice cream and Frozen Foods Co. in Walton on Thames.

I don’t know about you, but I think the contraption is quite cute, and I can relate to those wondering if they could get their hands on such a micro-car. Since the Pea Car has never been intended as a production car, those who fell in love with the design have a few alternatives to choose from, like the Peel P50, the BMW Isetta, or the Commuter Cars Tango. 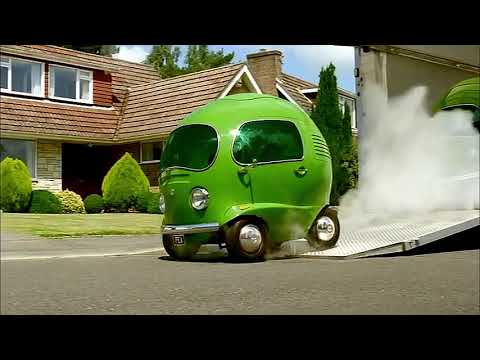 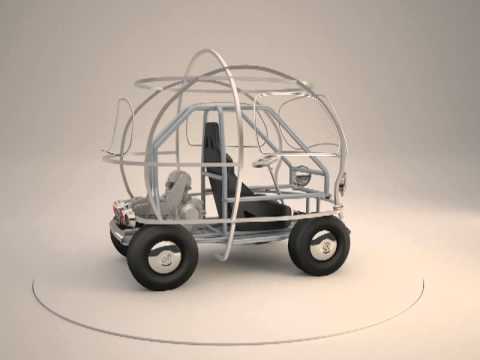 Steel, Comfort, and Style Are Traits of ATG Custom Truck Sleepers: Best Rest of Your LifeSee all coverstories